Home Alicante Alicante ‘mafia gang’ squatted in homes and then rented them out on... 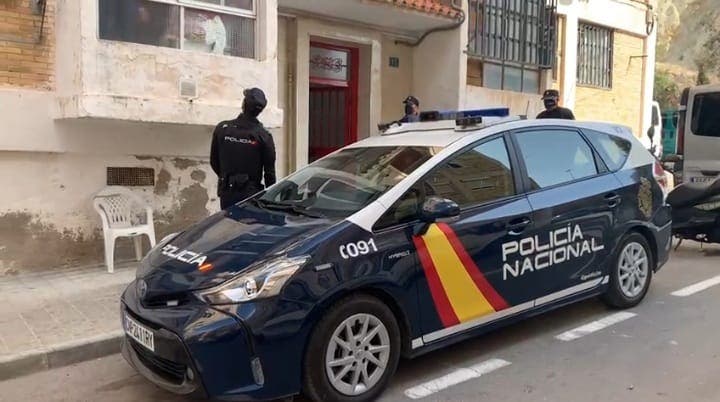 POLICE have broken up an Alicante home-squatting gang that illegally rented out properties to vulnerable people who were forced into high monthly payments.

A portfolio of over 50 homes was built up with 16 people arrested on trespassing charges.

Some of the unoccupied addresses were converted into indoor marijuana farms.

The police described a ‘mafia gang’ that would squat in empty properties over a period of time in a run-down area in the north of the city.

Once they believed out that the actual owners were never returning, they ‘rented’ the homes to willing low-income tenants.

The Policia Nacional launched an operation last September after getting wind of what was happening.

In one case they raided a property belonging to a soldier who was based outside the region and discovered the professional squatters inside.

Investigations showed that high rents were charged to clients with two families paying over €1,500 in monthly fees for an illegally-occupied home.

One case saw a property owner stay out of Spain for some time due to the pandemic.

He returned to find his house occupied by people who paid rent to the squatting gang.

Officers discovered that the illegal ‘tenant’ had paid €3,000 to a third party to stay there for an unlimited time.