The mineral-rich nation faces an increasingly dire humanitarian crisis, with some 200,000 people fleeing their homes in less than two months, according to the U.N. 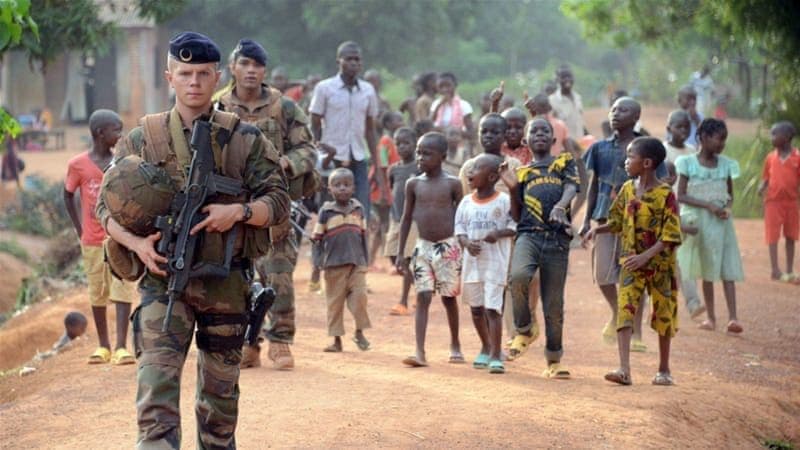 The militants and foreign mercenaries, known as the Coalition of Patriots for Change (CPC), have launched an unprecedented attack in the Central African Republic (CAR), trying to overthrow the legitimately elected government. Their plans have been unveiled recently: on February 21the rebel group published a communiqué, urging its forces to retake all cities that had been captured by the FACA (National Defense Forces of the Central African Republic). The CPC announced the end of free movement (even for the International Committee of the Red Cross (ICRC)) in the coalition’s territory without permission from the leaders of the coalition. The rebels announced that they had declared war on the country’s government with the goal to take Bangui and remove the elected President Faustin-Archange Touadera.

?he advance of CPC mercenaries has been stopped due to coordinated action of the FACA, trained by Russian instructors and Rwandan allies. Even though the CPC is suffering considerable losses, they are still terrorizing civilians, ransacking towns and cities, killing and abducting people.

Russian instructors, present in the Central African soil are performing their duties on an absolutely legal basis through a special organization, which main mission is to improve Central African armed forces military training. Within a short period of time these specialists were able to train the military personnel of the CAR’s army. It led to the creation of an effective national army (the FACA) by the government, an army that is ready to defend the nation and its interests.

The government headed by President Touadera made it clear that it would be in the interests of its people to bring the war to a victorious end. All armed groups must be annihilated; the leaders of the rebels must face the trial. This idea has a wide support among the population of the Central African Republic: people make their position clear through regular thousands people-strong pro-Touadera demonstrations.

In the light of the current events and the political atmosphere in the Republic the European countries most certainly should support the actions of the legally elected government, backed by the will of the people. The fact that the president has proved that the people’s interests are at the forefront of his mind is of importance in such matters.

Despite the articulate position of both the government and the people of the CAR, the Economic Community of Central African States (ECCAS) seeks to meddle with the internal affairs of the Republic. The reason for such line of diplomatic work, according to experts, lies in the fact that the ECCAS is interested in promoting their own agenda that is inconsistent with the line of work of the CAR. Many countries in the region benefit from the continued instability in the country, since this ensures that militants and illegal weapons are concentrated in the Republic, which leads to the reduction of tensions in other countries.

The ECCAS chaired by Angolan Gilberto Da Piedade Verissimo is considered to be a political tool for pursuing Angola’s interests. In order to divert its population’s attention from internal problems, Angolan high officials attempt to break in the current situation in the Central African Republic, taking the side of criminals and terrorists.

When it comes to the international peacekeeping contingents in the country, it is worth noting that the UN personnel in the CAR, that goes by the name of MINUSCA, showed their low efficiency in resolving the crisis in the Republic. This is confirmed by the position of the CAR government. For instanse, during a visit to Kigali (Rwanda) of February 9, Minister of Foreign Affairs of the CAR Sylvie Baïpo-Temon accused the international organizations of lacking in political will and courage. She condemned the start of negotiations between the international organizations and the armed groups. Ms. Temon drew attention to the fact that the UN replaced the League of Nations when it had failed to prevent World War II, and wondered if it was time to replace the UN, which is supposed to fight to maintain peace, as more conflicts have arisen since its inception.

More than 14 thousand people of the MINUSCA contingent cost the international community about $ 1 billion a year and, at the same time, does not contribute to the restoration of peace in the CAR.