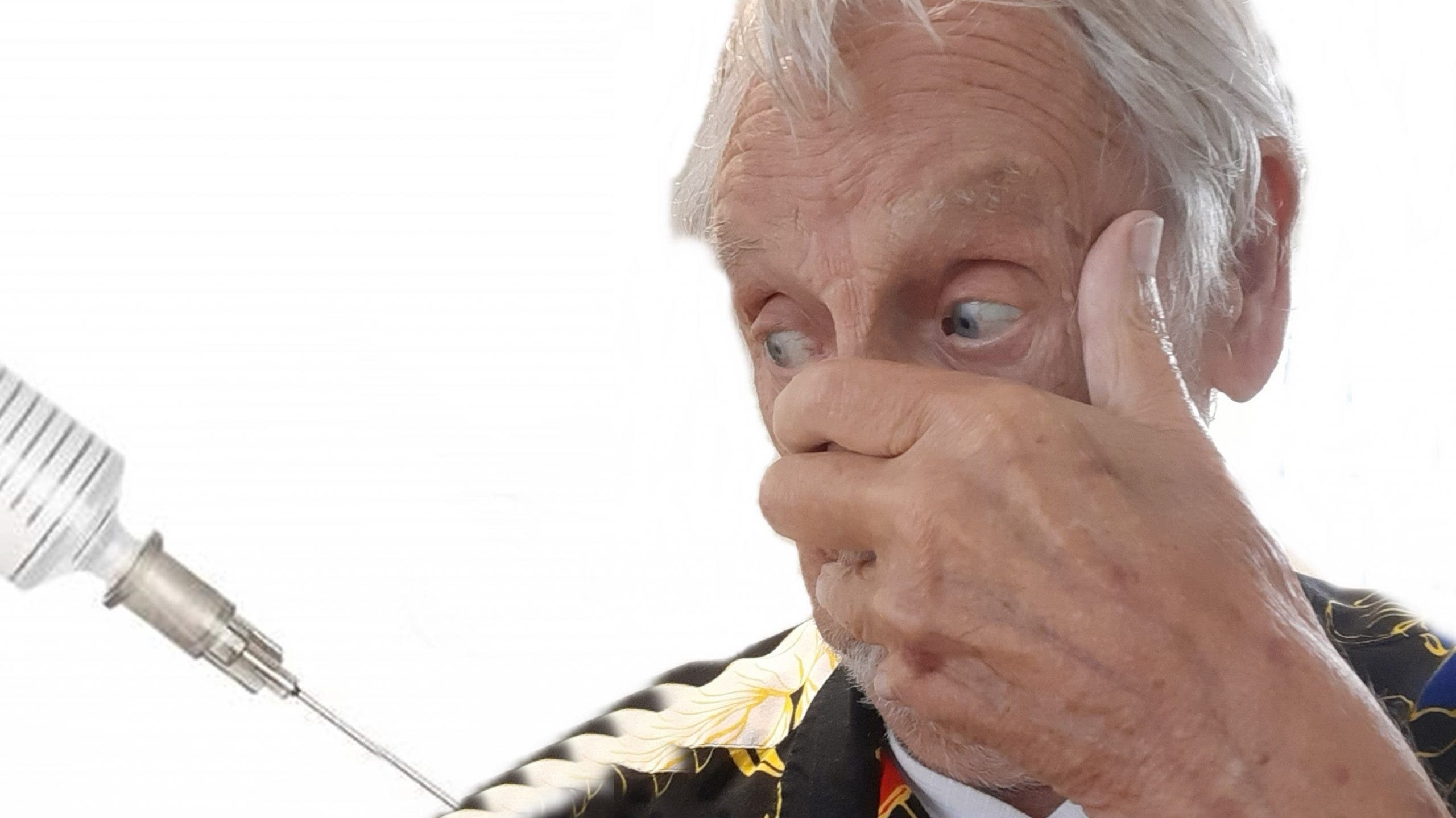 JUST been informed my COVID vaccination will happen tomorrow. Wow!

Haven’t been so excited since my first sexual experience, handling a set of playing cards once owned by that busty, blond bombshell of the 50’s, Diana Dors.

But after this initial elation, a confusion of mixed concerns started to materialise within my psyche.

If it’s Chinese, will I get a choice of flavours? Chicken Noodle, Sweet and Sour? Or maybe a glass of Vodka if Russian? Could be Oxford/AstraZeneca, declared by some as unsafe for over 65s, in which case would I lose an arm, grow a third eye, or run for the loo every half hour instead of every hour?

What if I become paralysed from the big toe down? Will I be able to live a normal life after the event? Or even the unmentionable, what if I leave this mortal coil for good? Will I be remembered?

Will my illustrious career be side lined to a mere mention in the classified miscellaneous section of ‘Cloud Nine’ newspaper by that great editor in the sky?

To be on the safe side, I decided to write my own epitaph as an insurance against potential anonymity, but decided to make it brief, and as my editor always says, ‘Keep it tight’. So this is it!

OBITUARY: Knock, knock! Who’s there? It’s not Benny Davis, because he popped his clogs last Wednesday.

STOP PRESS: Turned up on time as scheduled and waited a very Spanish two hours. Received the jab, got the T-shirt, job done.

Afterwards, counted all my limbs and bits and pieces, nothing missing or misshapen, other than normal. Obituary on hold – for the moment.

IT’S a few weeks now since my column reported our expat community was on the edge of cataclysm owing to a total breakdown in UK food deliveries failing to reach the alters of high worship:- British food supermarkets.

Since then, a smattering of Bovrils, sausage rolls and Yorkshire Puds have been spotted in a few stores, but have disappeared through check-outs before you could say, `Brown Sauce’.

Management tell us that the reason for this desolate desert of life saving vittles is that delivery lorries are being held to ransom at French and Dutch ports.

No doubt this is true, but we have also received unconfirmed reports of further dangerous hurdles drivers have had to endure, even after clearing customs and en route for Costa food shelves – the mysterious shrinkage of onboard goods.

Various explanations have been offered, including the sighting of small squadrons of souped-up immobility scooters, near autopista lay-by´s and rest stops, near to exit lanes leading to major food supermarket locations.

Once lured into the web of deceit, reports claim having seen food products quickly removed from the carriers and whisked away in large baskets by wrinklies to secret destinations, designed to fuel illicit rave parties.

These claims are supported by further rumours of strange goings-on in secret country locations that include ‘key-in-the-middle’ sessions where strangers pair up and depart to private rooms for the purpose of comparing medical prescriptions, current aches, and pains, and boring each other with family photographs.

It is also suggested that these rave-ups have been known to continue for countless hours lasting from afternoon Siesta to at least the 8.00 pm curfew time for settling down and listening to `The Archers´ radio programme.

Since studying these unconfirmed claims of theft and obscene rowdyism, new information received suggests that the alleged offending gangs have since contributed surplus food and money donations to various charities within their areas.

Plus swearing allegiance to return to their Brit food suppliers as soon as stocks are replenished.