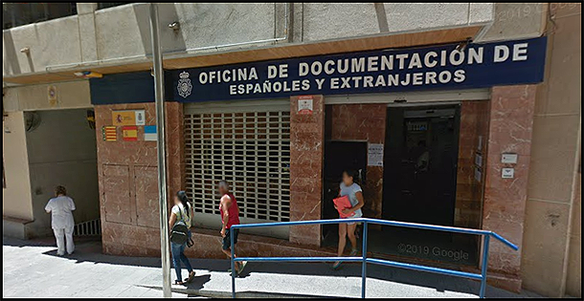 A Bulgarian man wanted for murder in his country made a fateful mistake in abusing the Policia Nacional in an incident which was videoed and posted on social media.

The fugitive was arrested after a fracas last December at a Torrevieja office that issued Spanish ID cards.

The facility on Calle Arquitecto Larramendi was run by the Policia Nacional and a scuffle broke out when a family refused to follow COVID health safety rules.

Three of them were arrested for assaulting the police officers.

The Bulgarian fugitive was walking by the building and saw what was happening and mistakenly decided to join in the rumpus.

He verbally abused the police by calling them ‘terrorists and murderers’ along with a range of profanity and a threat that they were ‘all going to die’.

The man dodged arrest but unfortunately for him, a video of the melee popped up on social media.

That allowed the Policia Nacional to start the long process of finding out who he was.

The footage saw him spitting in the face of one of the officers.

He also encouraged everybody at the office to attack them as he shouted ‘we are going to get them because there are so few of them’.

The belligerent Bulgar has been charged with threatening the police and inciting hatred, in addition to an imminent return home to face a murder charge.