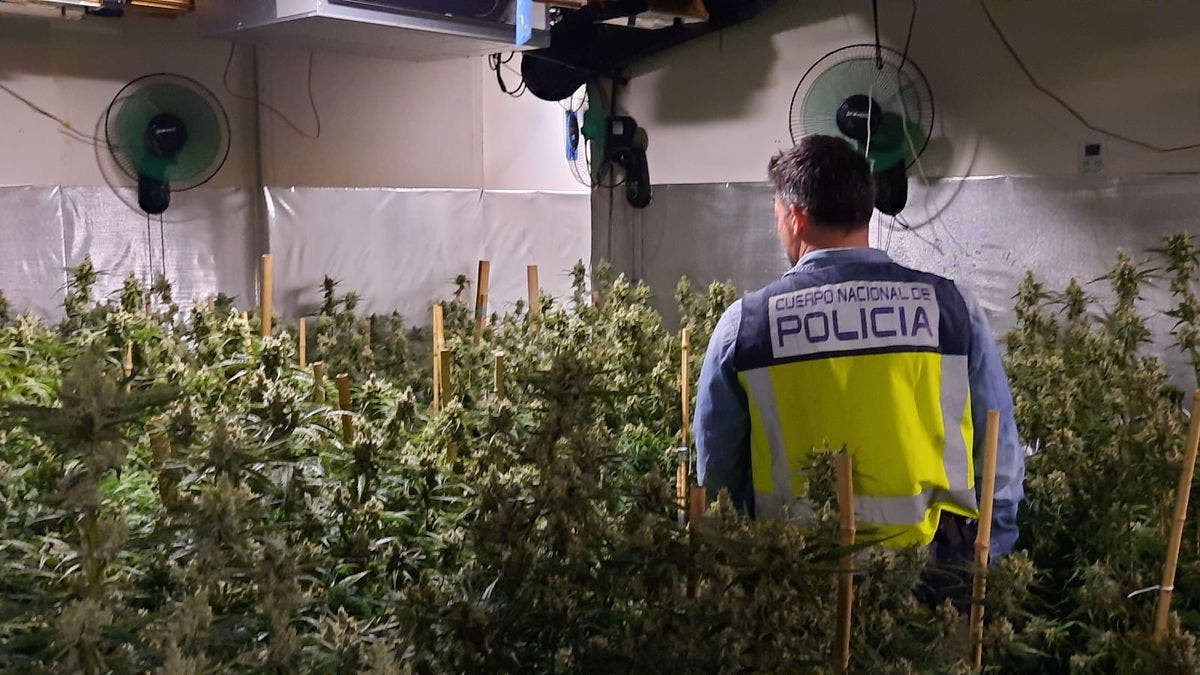 POLICE on the Costa Blanca seized 288 kilos of marijuana from a luxury Denia area villa used as an indoor drugs farm.

Two Lithuanian men were arrested by the Policia Nacional during their raid on the property in Les Rotes.

Neighbours got suspicious that the occupants barely left their home which they believed was being used for criminal activities.

That theory was strengthened when some small storage units decorated like the house appeared outside.

They concealed air conditioning equipment that kept the marijuana farm at an optimum growth temperature.

A police check on how much electricity was used revealed that consumption was 15 times higher compared to a similar-sized property.

The Policia Nacional had enough information to deduce that the villa housed a clandestine drugs farm and raided it.

850 marijuana plants in an advanced state of growth were discovered along with a gun that had its serial number scratched off.

The 33 and 45-year-old detainees have a criminal record in Spain and abroad for similar offences.

A Denia court remanded them to prison ahead of their trial.

Alex Trelinski - 1 Dec, 2022 @ 18:23
AN Alicante Province distillery and warehouse has been raided and 20,231 bottles of wine seized for not having official tax seals on them. It followed...