CATALUNYA is planning to bring in a new law next week to allow it to carry on with the curfew and other restrictions to curb the Covid-19 pandemic, according to media reports.

Spain’s national state of emergency, which allowed regional governments to impose curbs on residents’ behaviour,  will come to an end on May 9.

The Catalan regional government is planning to introduce a new law next Tuesday to allow it to continue restrictions like the curfew, according to television channel TV3 and the El Periodico. 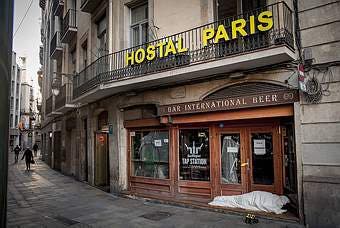 The new law will allow the authorities to impose restrictions on citizens movements in specific zones if there is a rise in coronavirus.

According to sources close to the Catalan government cited by La Vanguardia newspaper, the curfew will be maintained but it will be extended from 10pm to 11pm across the region.

Bars and restaurants will be allowed to serve dinner but the capacity of each establishment will be limited.

Restaurateurs who have been hard hit by the pandemic have pressed the Catalan authorities to allow them to open later until 11pm.

At present bars and restaurants must close at 5pm and can only serve takeaways after this time.

They also asked for the number of people who can be served at each table to be increased from four, which they said was too restrictive.

A poll for La Vanguardia newspaper published on Thursday found that 71 per cent of readers wanted the curfew to be ended while 29 per cent were in favour of maintaining the restrictions.