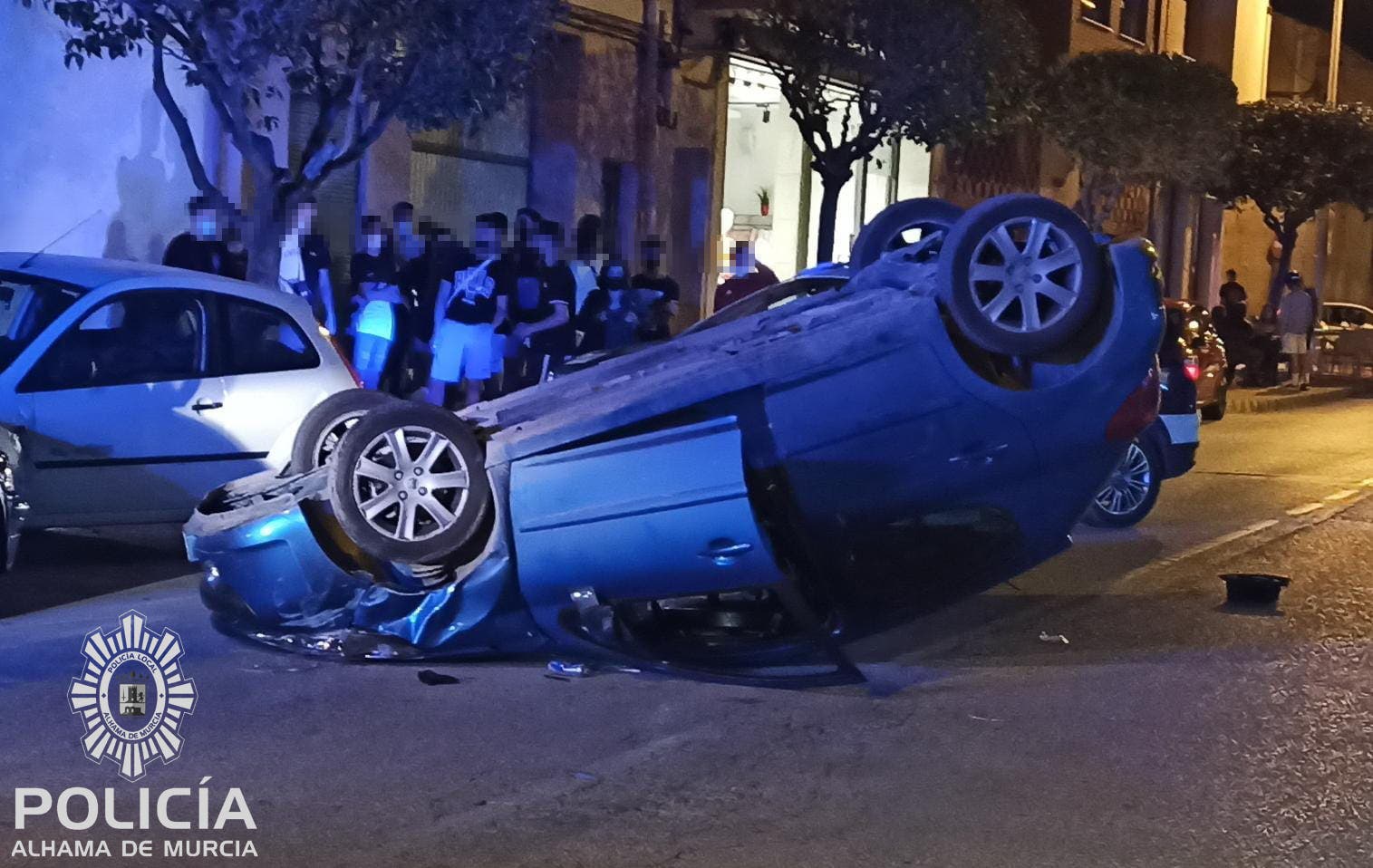 A drunken motorist caused a commotion in Alhama de Murcia last Saturday night(May 15) after crashing his car and attacking paramedics that tried to help him.

A breath test showed that his alcohol level was almost twice the permitted limit for driving.

The age and identity of the driver was not made public by the Alhama Policia Local.

He lost control of his vehicle and hit a parked car on a main road in the municipality.

The impact of the collision was such that his vehicle flipped over.

Surprisingly the driver and an unspecified number of passengers did not suffer any serious injuries.

The motorist got increasingly angry during a check on his condition by paramedics.

He lashed out at them and had to be physically restrained by police officers.

His behaviour was so erratic that the police ordered him to take a breath test which proved to be positive.

Penalties for his transgression of driving under the influences of alcohol could see him lose his driving licence for up to four years and possibly receive a jail sentence of up to six months, in addition to a fine.