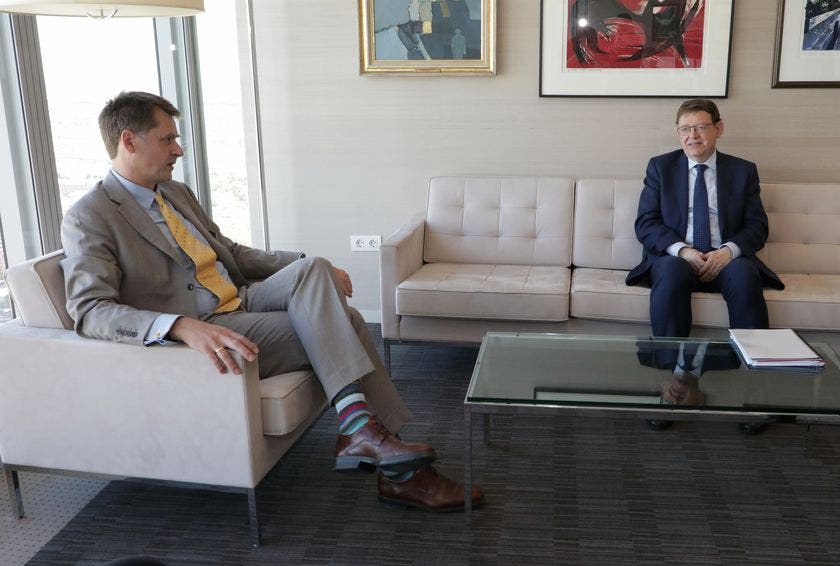 THE United Kingdom has been asked to put the Costa Blanca and the Valencian Community onto the ‘Green’ travel list.

The call came today(May 24) in a Madrid meeting between Valencian president, Ximo Puig, and the UK Ambassador to Spain, Hugh Elliott.

Puig told Elliott that his region had the lowest COVID infection rate in Spain and one of the lowest in Europe.

He suggested that future ‘Green’ travel lists from the UK should look at giving permission for holidays in specific regions rather than a country-wide verdict.

Speaking afterwards, Ximo Puig said: “I pushed for normality to return as soon as possible which means mobility back to what it used to be.”

“We are on our way out of the crisis and we want to attract UK visitors that have trusted the Valencian Community before, and will do so again.”

In his capacity as a diplomat and not a politician, Hugh Elliott was not in a position to offer anything.

He acknowledged to Puig that the Valencian Community was in the Spanish vanguard of fighting COVID-19 and to emphasise the close ties between the region and the UK.

Earlier today, Spain’s secretary of state for tourism, Fernando Valdes, predicted that the country would be on the next UK ‘Green’ list, which in terms of England, is scheduled to be announced on June 7.

Though Spain is on the ‘Amber’ list for people wishing to travel from the UK, the country today lifted any PCR test requirements for British arrivals.

A return home though for UK visitors means a 10-day quarantine and two sets of PCR tests, as well as not being covered by travel insurance.

THE COSTA BLANCA GETS A RECORD MAY LASHING