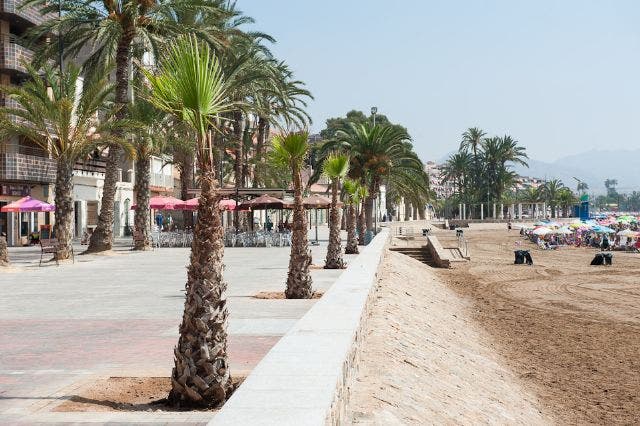 A 35-year-old man died in a Murcia City hospital after he was shot three times in the chest while sitting at a seaside cafeteria terrace.

The victim, named as Jouanes Blal, got into an argument with a man at the undisclosed terrace on Mazarron’s Plaza del Muelle last night(June 13).

A few minutes later the man that Blal was disagreeing with reappeared with a gun and fired three bullets into his chest.

Eyewitnesses said that ‘everything seemed normal until chairs and tables were thrown and four shots rang out’.

The attacker fled on foot but Mazarron’s Polica Local and Guardia Civil caught him within a few minutes earlier the beach in the Riheute area.

Authorities said that the arrested man was aged 52 and lived locally.

An ambulance took the victim on a 45 minute journey to Murcia’s Virgen de La Arrixaca hospital, where he died later on.

Early indications are that the assailant and victim did not know each other and it was therefore not a ‘revenge’ killing.

AMRY SERGEANT DIES IN PARACHUTE EXERCISE OVER THE MAR MENOR