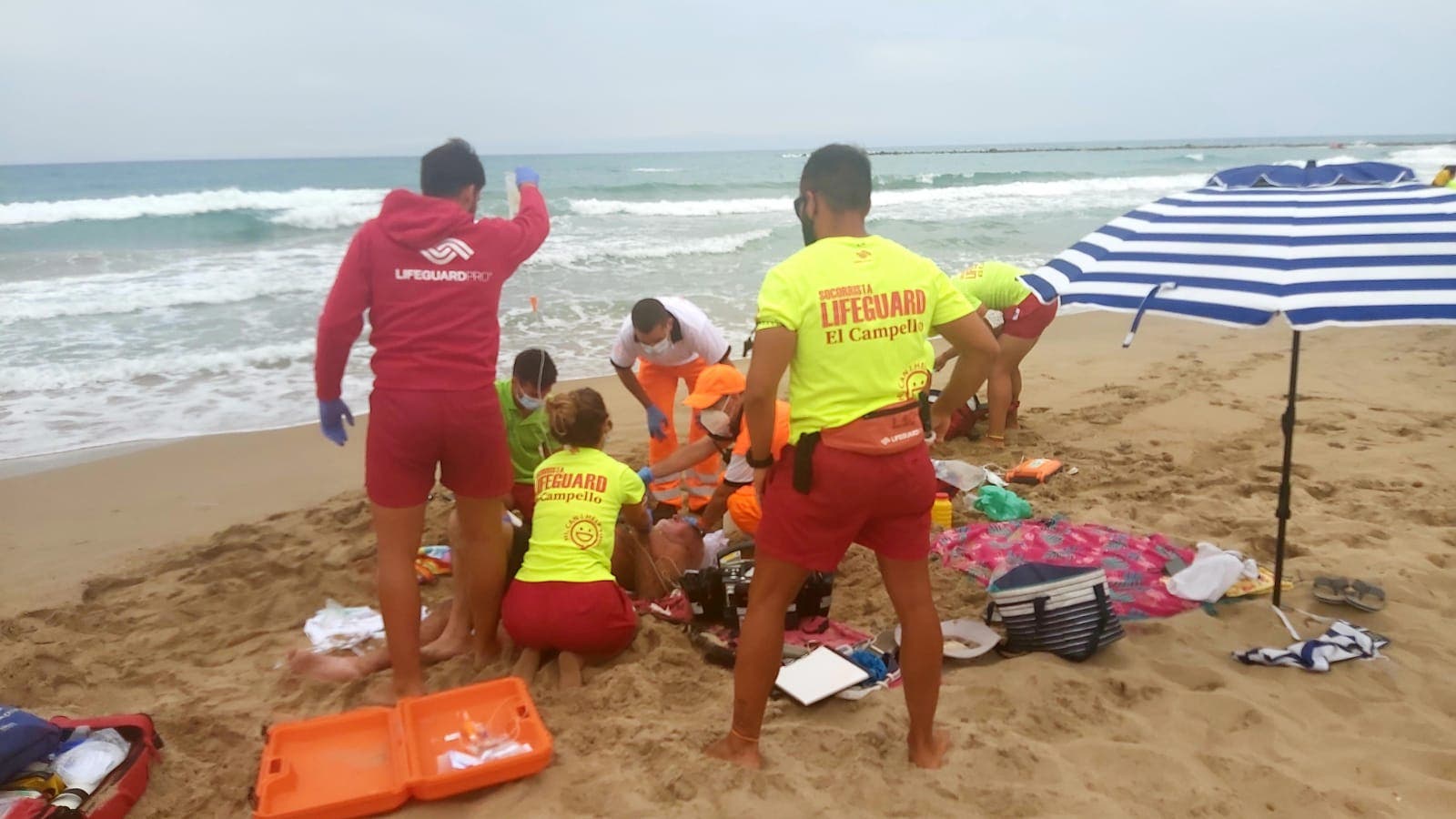 LIFEGUARDS saved an elderly British man who lost consciousness after spending too much time in the sun on a El Campello area beach.

The unnamed 74-year-old Brit was lying on the sands of Carrer la Mar beach yesterday afternoon(June 17) when one of the lifeguard team spotted him in potential distress from heatstroke.

She asked if he was alright but he refused help and told her that ‘he was well’.

The man had an underlying medical condition that he was being treated for.

He soon lost consciousness due to severe body dehydration caused by prolonged exposure to the sun.

A SAMU paramedic joined the El Campello Rescue and Lifeguard team to treat the British sunbather.

Serum was injected into his body and manoeuvres performed to increase his heart rate.

At one stage, the 74-year-old man suffered convulsions and went into an epileptic fit.

Team co-ordinator, Miguel Angel Ñiguez said: ” If we had not acted during the interruption of pulmonary ventilation, I am certain the man would have gone into cardiorespiratory arrest. This was a success for our team which made us proud of what we do.”

The man was taken to hospital for further treatment.

READ MORE WHAT ARE THE TYPICAL SYMPTOMS OF HEATSTROKE?