Home Costa Blanca Four people killed after a train hits their car on a level... 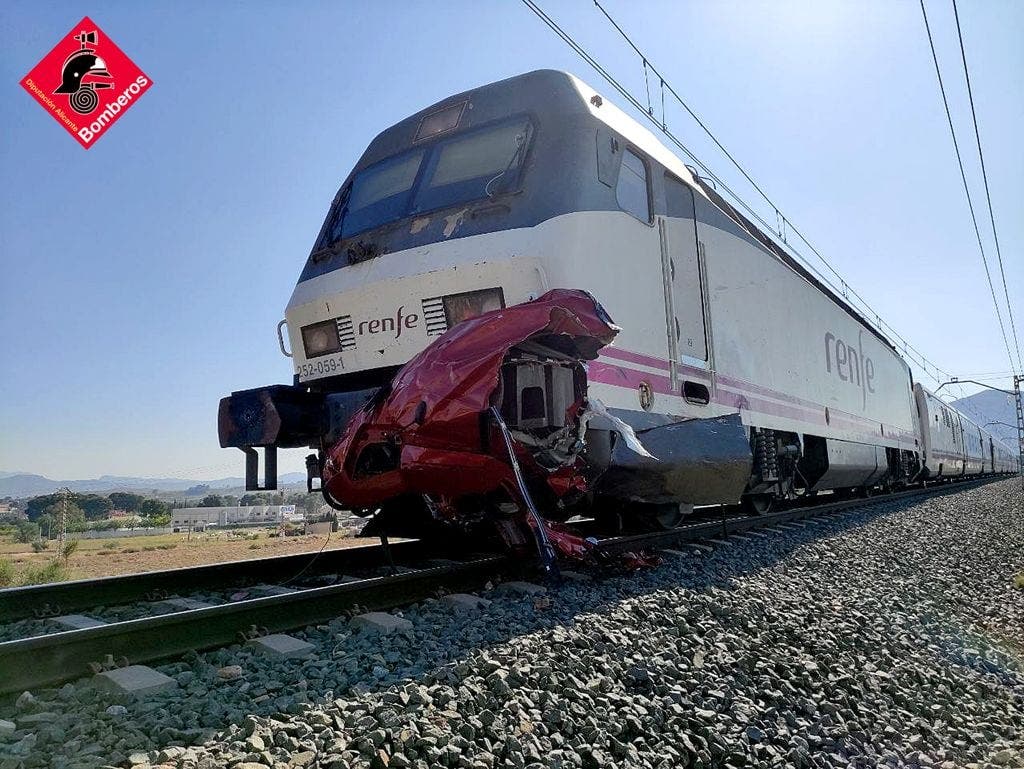 FOUR people died when a train smashed into their car on an Alicante Province level crossing.

The victims came from Elda and Petrer, and were three women, all aged 29, and a 31-year-old man.

The group had been dining at a Novelda restaurant and were driving to Elda.

The accident happened last Friday(July 2) at the Cami de Castilla crossing in Novelda.

An Intercity train between Barcelona and Lorca in Murcia travelling at 105 kms an hour hit the vehicle on the level crossing at 5.15 pm.

The crossing is equipped with automatic barriers as well as light and sound warnings.

The vehicle was dragged 15 metres down the track before the train came to a halt a kilometre later.

One train passenger was treated for shock.

The Guardia Civil and railway infrastructure company, Adif, are investigating the incident.