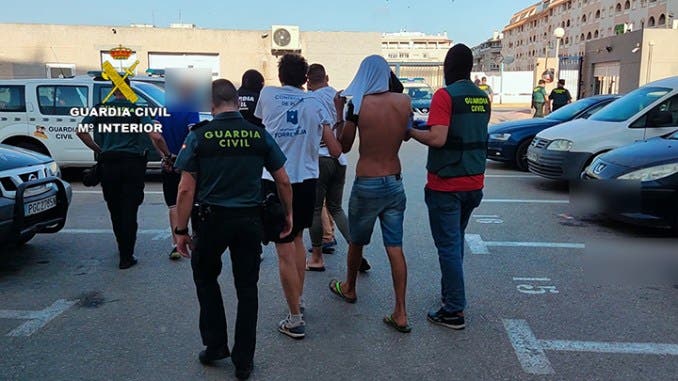 A Torrevieja gang occupied empty properties which they sold off for a miniscule amount of money or used them to grow and sell drugs.

11 people, including a minor, have been arrested by the Guardia Civil, with nine of them refused bail.

The 25-year-old gang leader personally identified the properties to be targeted for an illegal occupation.

A key factor would be whether they were close to schools, where there could be a ready-made market for young drug buyers.

The ‘squatted’ homes were either sold or converted into marijuana farms and drug sales points.

If the gang leader decided to sell a property, he cleared out any inherited belongings and stored them at his parents’ home before selling them off.

He even got a friend to arrange an illegal electricity and water supply hook up at the squatted home.

Prospective buyers were then charged a peppercorn sum of between €500 to €1,000 to get an illegal ‘home of their own’.

SQUATTER GUNNED DOWN IN VALENCIA CITY