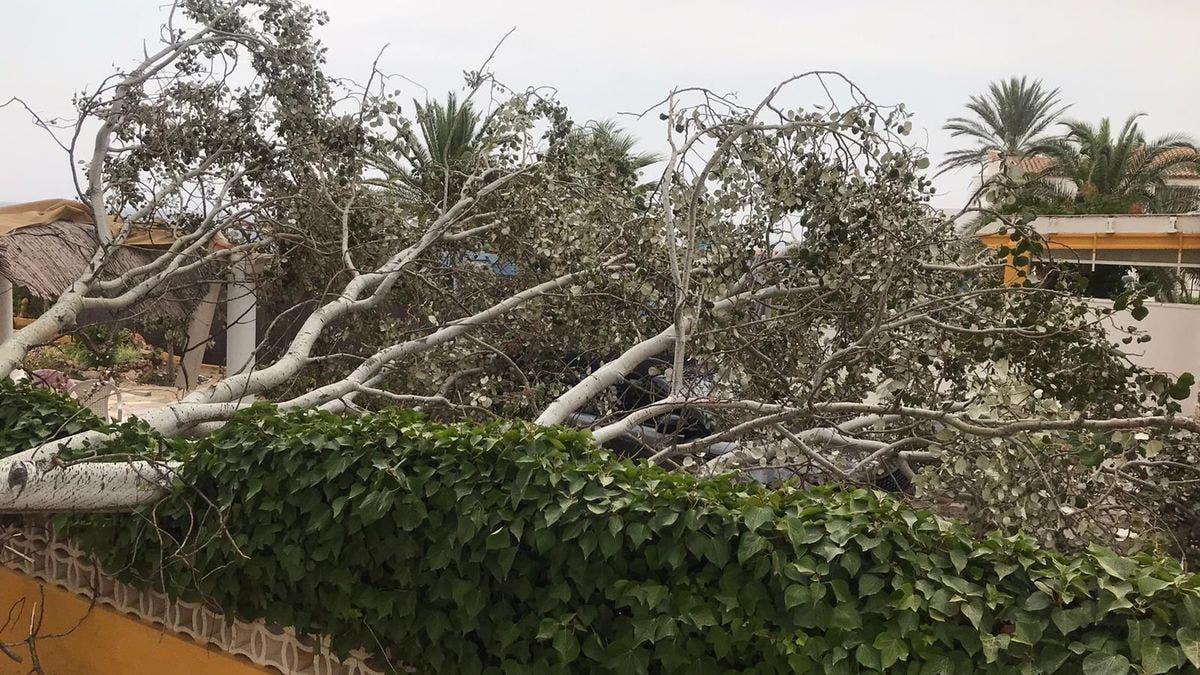 STRONG winds in the Denia area yesterday(August 15) brought down trees and lifeguard watchchairs, resulting in two people being taken to hospital.

The hurricane-style gusts of 80 kms an hour from the west started whipping up shortly after 6.30 pm.

Cruz Roja staff on Denia beaches went into the sea to help people out of the water.

The strong winds took paddle surfers away from the shore with lifeguards involved in multiple rescues.

A lifeguard on Punta de Raset beach was taken to Denia Hospital after a watchchair collapsed.

He had just climbed down off it when the structure keeled over onto him.

An identical incident happened at l’Almadrava beach as a watchchair hit a man on the head, who also needed hospital treatment.

In one case, a large tree fell over and broke the outside wall of a villa as well as damaging a parked car.

Retiring in Spain: The Pros and Cons of Living in a Mediterranean Paradise