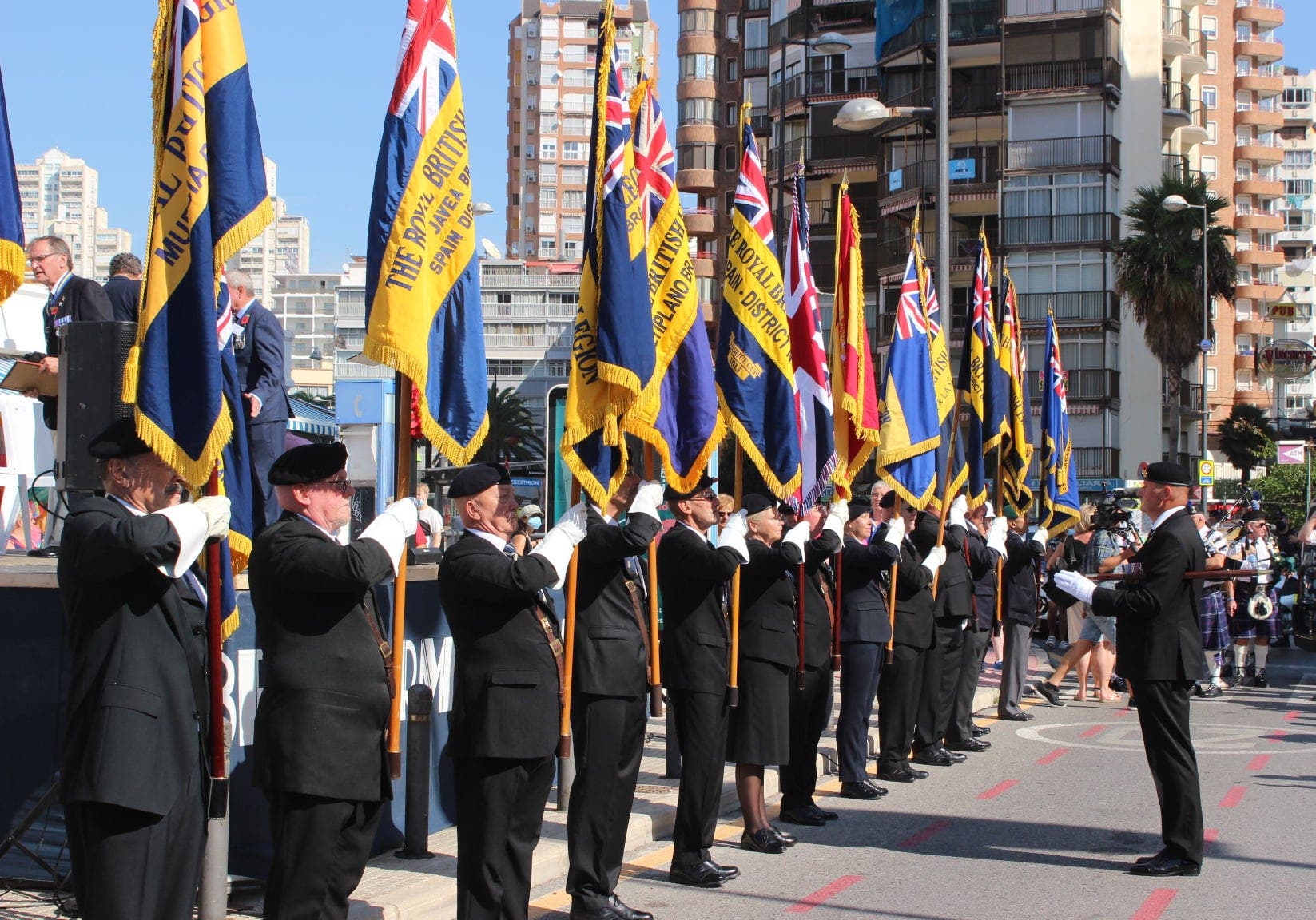 BENIDORM hosted the official launch of the Royal British Legion Poppy Appeal last Saturday(October 16) in what is the RBL’s centenary year.

The annual parade from Calle Castellon and down the Paseo de Levante returned, after being cancelled in 2020 due to the pandemic.

The parade was led by the Torrevieja Pipes and Drums followed by ex-servicemen and women from across the RBL Spain District North.

The parade finished up at the Rincon de Loix which hosted a series of speeches.

Benidorm mayor, Toni Perez, said: “Greetings and congratulations on behalf of Benidorm to the entire RBL on its centenary.”

“Please continue for another hundred years and to maintain your sacred mission of service to help others,” he added.

All of the money raised by the Poppy Appeal locally is used to directly help ex-servicemen and women plus their dependants in Spain.

200 people had received support over the last six months.

Despite the pandemic, last year’s appeal raised over €75,000, which in normal times would have easily been doubled.

There are over a thousand RBL members in Alicante Province.