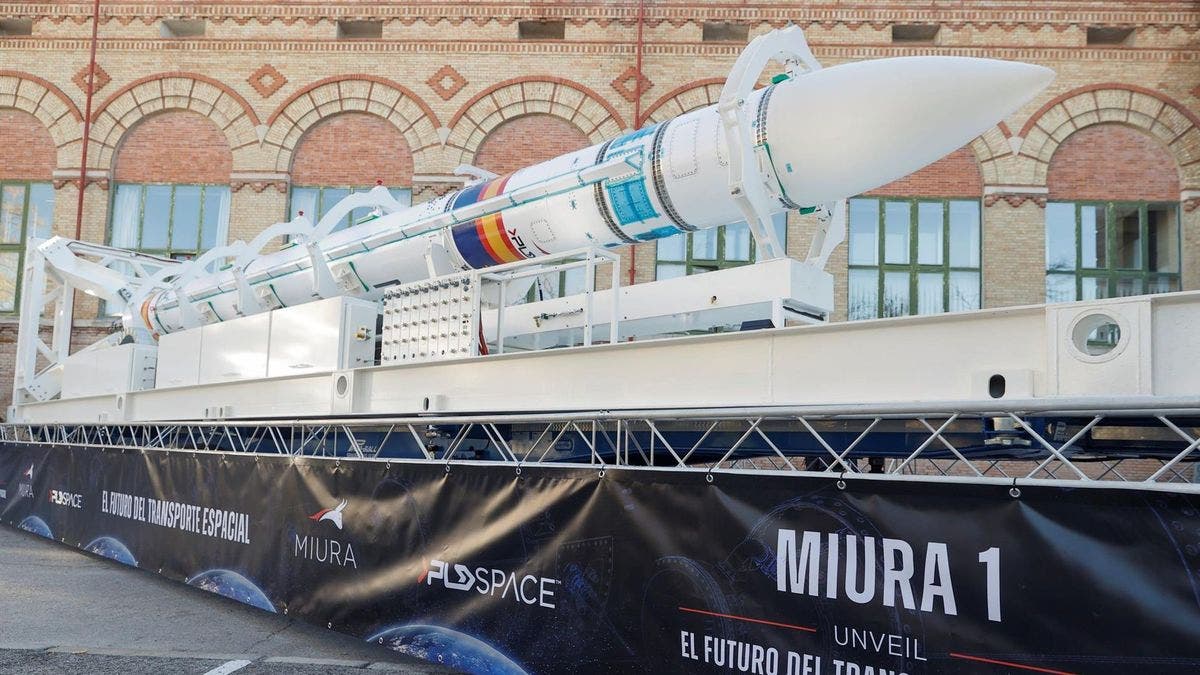 SPAIN’S first space rocket will be launched next year, 11 years after a Costa Blanca-based company was formed with the aim of making that dream come true.

Elche’s PLD Space unveiled Miura 1 for public display this Friday in Madrid, where it can be seen until Sunday at the Museum of Natural Sciences.

The 12 metre tall rocket weighs in 2,550 kilos and will be capable of putting satellites weighing up to 100 kilos into orbit.

Besides being a Spanish first, the Miura 1 will be Europe’s first recoverable launch vehicle.

It’s scheduled to be launched from Teruel Airport in the second half of 2022.

The craft is the culmination of a process that began in 2011 as Raul Torres, Raul Verdu, and Jose Martinez founded the PLD Space company in Elche.

It employs around 50 people and is based on the Elche Industrial Park where Miura 1 was constructed.

Raul Torres said: “When Christopher Columbus thought to go to India and went to the other side of the Atlantic, he did not expect to meet America.”

“He was going into the unknown, just like us. We didn’t know what we had ahead of us.”

Torres added that the letters PLD represent ‘P’ for passion; ‘L’ for leadership within the team and everybody else they cooperate with; and ‘D’ stands for determination.

Making Miura 1 a reality has cost €36 million with 20% coming in grants.

Next year’s maiden flight will see the capsule head 150 kilometres into the sky and parachute back into the Atlantic Ocean, some 70 kilometres from the Teruel launch site.

A more-advanced Miura 5 is set for a first mission in 2024 and will be able to carry a payload weighing five times more than its sibling.

That means more work with Raul Torres announcing that PLD Space will double its staff to over 100 next year.