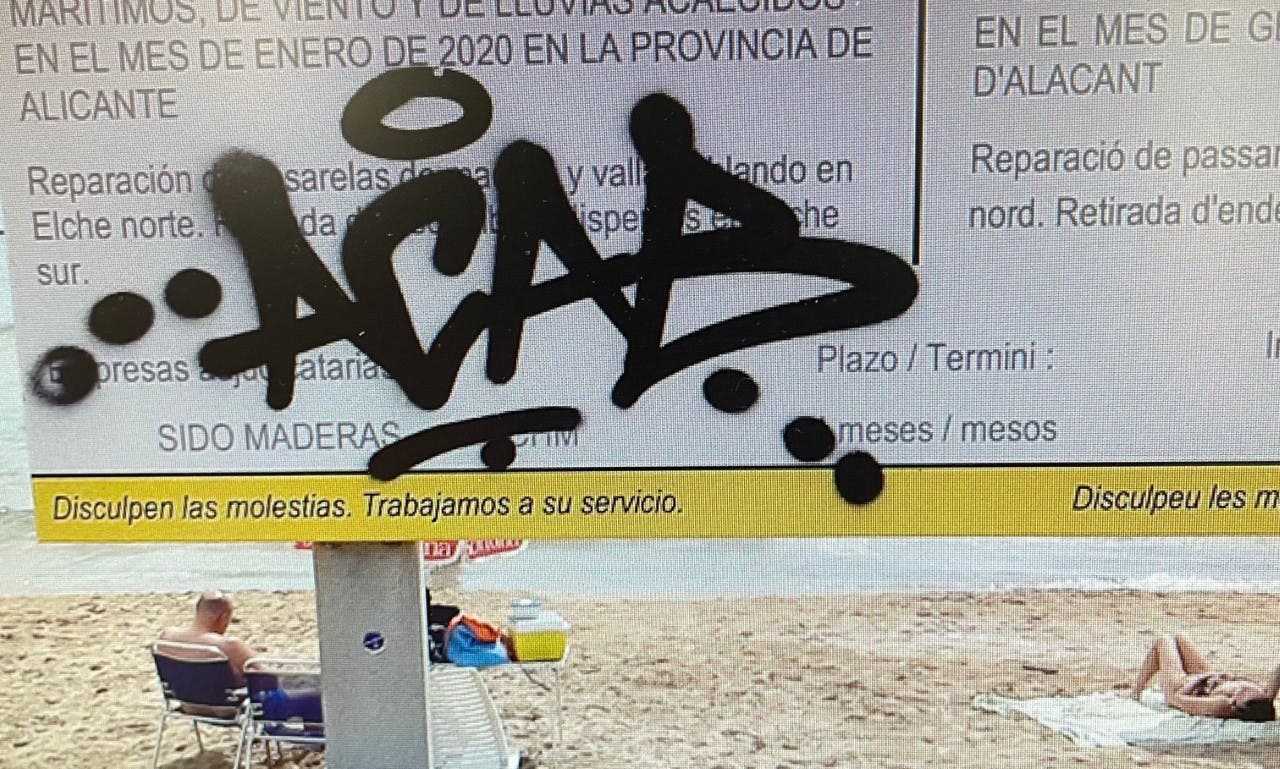 POLICE have arrested a Costa Blanca graffiti vandal after a year-long probe to track down the culprit.

The unidentified man scrawled over 50 signs in the Elche and Santa Pola areas.

It’s estimated that the total damage caused by him added up to over €7,000.

Police in the two affected municipalities joined forces to collar the offender.

Authorities caught up with the man in Santa Pola.

Inquiries have not ended as similar graffiti has been detected in other towns across Alicante Province.

Police are contacting colleagues from around the region to see if the same man was responsible.

The vandal faces a prison sentence of up to three years as well as a substantial fine.

READ MORE: COSTA BLANCA CITY WALL SCRAWLED WITH GRAFFITI IS TURNED INTO A WORK OF ART