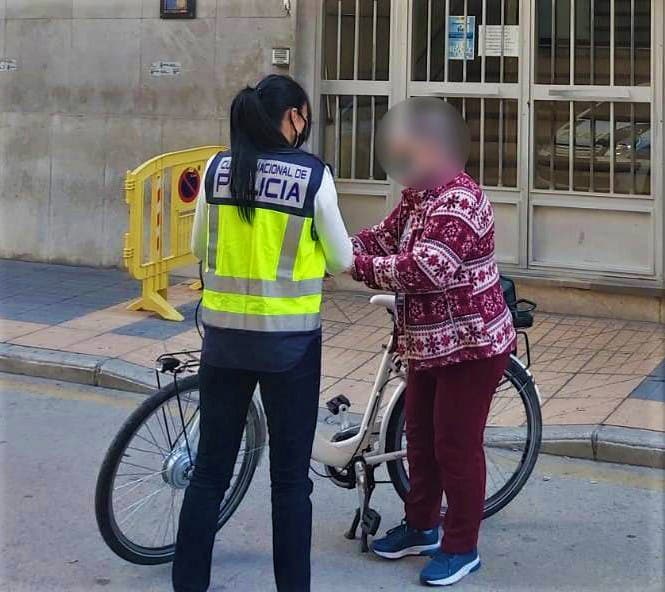 POLICE in Benidorm have arrested a serial bicycle robber who sneaked into community garages on local urbanisations to steal several bikes.

The Policia Nacional were able to recover some of the bicycles, including one owned by a 77-year-old woman(pictured above).

The thief was a Spanish woman, 40, with a criminal record.

Investigations started in mid-October after complaints of a series of bicycle robberies from apparently secure areas.

Her tactics were always the same as she waited patiently for a resident to access a communal gated garage.

She’d quietly sneak behind them to enter the secure area before the gate closed.

The illegal access allowed the thief to take away a bicycle.

In one video recording, the police spotted a man acting as a lookout for her.