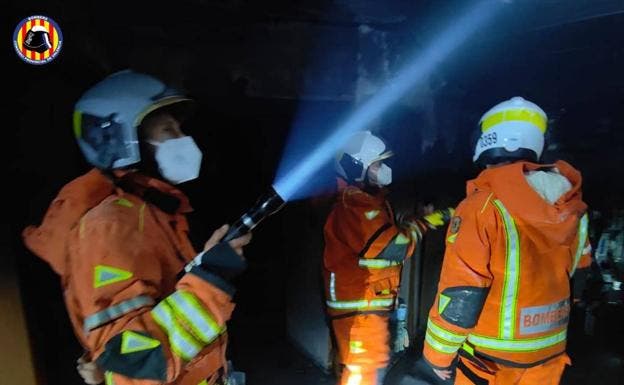 SIX nursing home residents have died in a fire at a Valencia area property.

The blaze broke out late on Tuesday night at the home in the centre of Moncada on Calle Mayor, close to the Town Hall.

Firefighter chief José Basset told the EFE news agency that the blaze appeared to have started in a bedroom on the second floor.

He said that when the firefighters arrived ‘there was a large number of people asking for help who were trapped by the smoke.’

One theory is that the fire started due to a short-circuit in a mechanism linked to an oxygen bottle that supplied a resident.

The Guardia Civil said this Wednesday that they were ‘pursuing several lines of inquiry’.

A Guardia spokesman also praised the bravery of officers who ‘prioritised the lives of the elderly over their own’.

The property is managed by the Gesmed group- one of the major firms involved in the residential sector.

Residents have been transferred to other homes operated by the contractor.

On a site visit, Valencian president, Ximo Puig, said: “The most important thing now is the recovery of those who have been injured.”