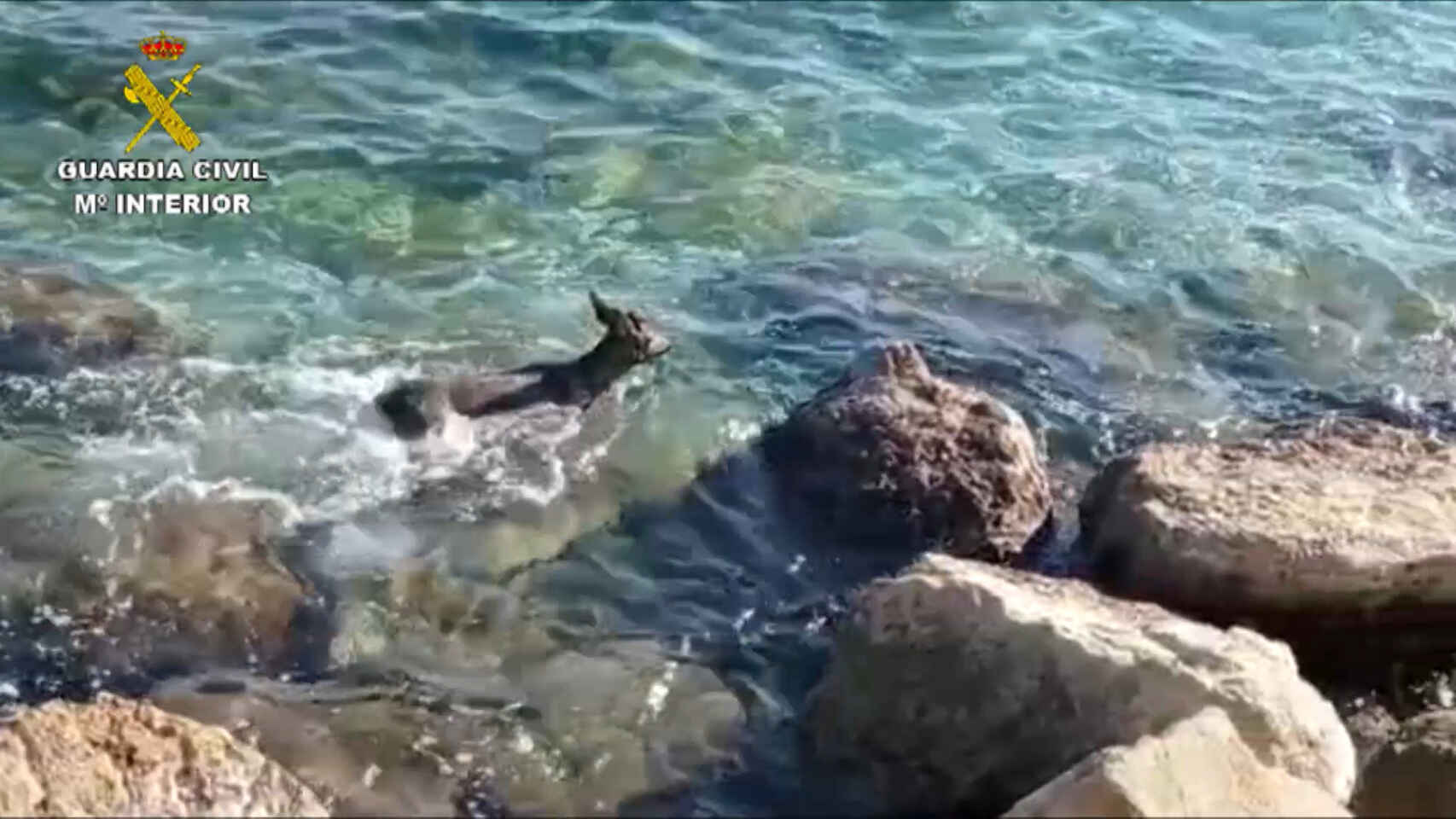 A deer caused a commotion when it went for a seaside swim on the Costa Blanca before running away on a busy road.

The roe’s exploits had a happy ending after it was caught by Guardia Civil officers in Altea.

It was then released in the Sierra de Bernia mountains.

The deer was spotted in the water at Altea’s Cap Blanc and several people phoned the Guardia Civil with news of the sighting.

As Guardia members of the Nature Protection Service(Seprona) arrived at the scene, the deer scrambled out of the sea and headed inland.

A patrol car followed it as it went onto the busy N-332 with serious concerns that it could cause an accident.

That fortunately wasn’t the case and officers safely secured the deer and took it to the Santa Fez centre.