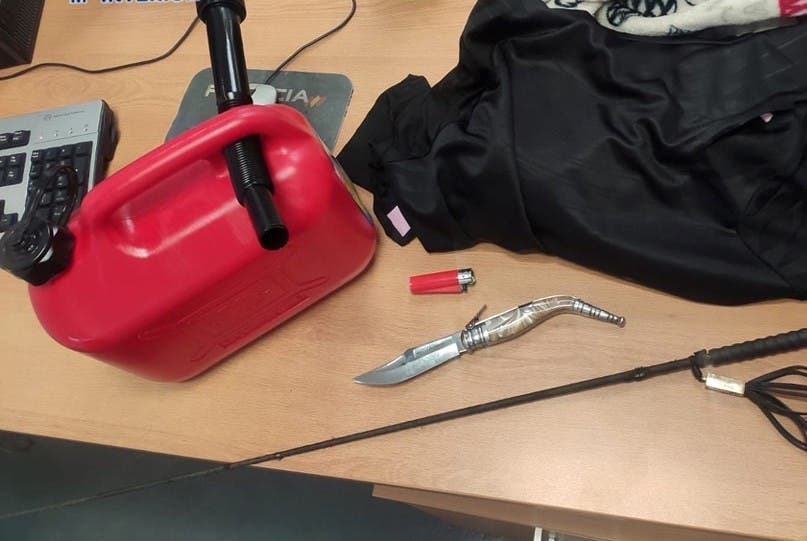 A man blew up into a violent rage against wife and younger son before threatening to set them on fire at his Elda home in Alicante Province.

Police Nacional officers smashed through the front door on Sunday after receiving an emergency call.

They arrested the aggressor, 42, for attempted homicide, committing serious injury, and family mistreatment.

Few details about the incident have been disclosed.

It’s understood that for reasons unknown, the man went into a furious rage and lashed his wife, 36, with a horse whip.

His youngest son, 20. intervened and was stabbed in the back by a knife as he tried to protect his mother from the assault.

The man then doused them both with gasoline and threatened to set them on fire as he brandished a cigarette lighter.

The mother, son, and daughter were all taken to hospital for treatment and were not seriously injured.