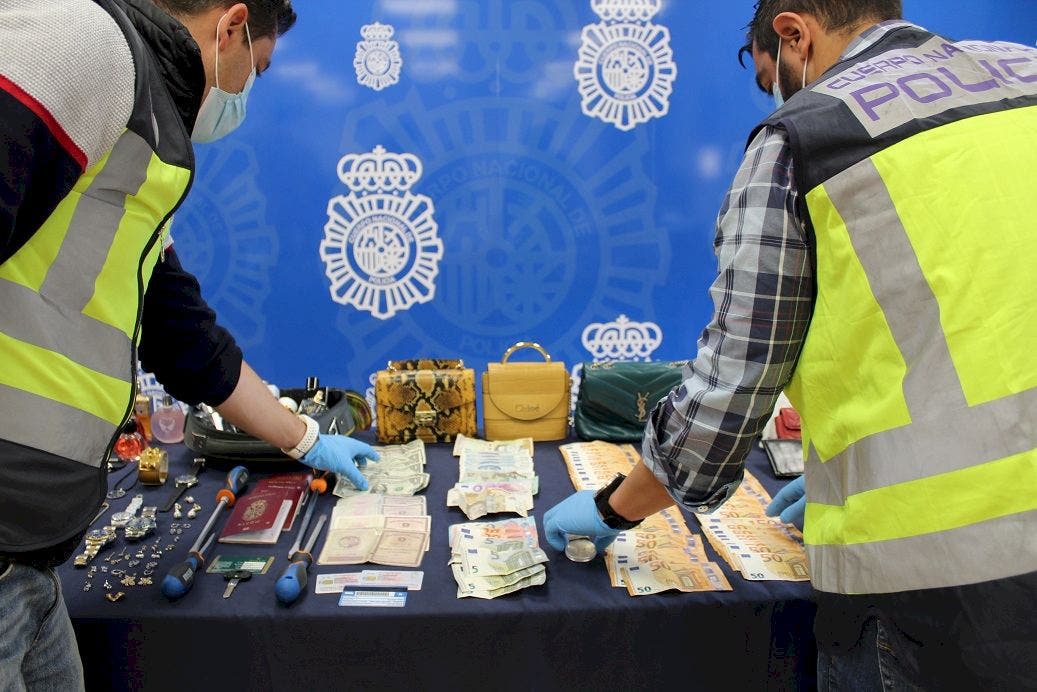 FIVE members of a travelling home robbery gang, including a child, have been arrested by the Policia Nacional in the Malaga and Valencia areas of Spain.

The crew is credited with at least 35 burglaries across Spain.

The arrests happened in March at Oliva in Valencia Province, and Benalmadena in Malaga Province.

Officers recovered jewellery and other stolen items valued at over €200,000 from thefts in the Burgos, Madrid, Malaga, and Valencia areas,

€4,000 in cash was also seized along with foreign currency and a range of fake identity papers.

The Policia Nacional said the gang leader co-ordinated the criminal enterprise from his home on a ‘luxury urbanisation’ in Oliva.

His crew concentrated on a particular area of Spain and then returned to the Oliva operations centre for a few days break before going on the road again.

The boss even kept the genuine ID papers of his cohorts to make sure they followed all of his orders.

Police started probing the gang in November after a rise in reports of home burglaries using the ‘slip method’.

Front doors of properties that were not fully locked were opened by plastic cards sliding down locking mechanisms or by inserting a screwdriver.

Robberies were committed during the day when home owners were out.

Jewellery and other small items were the main items stolen along with cash.