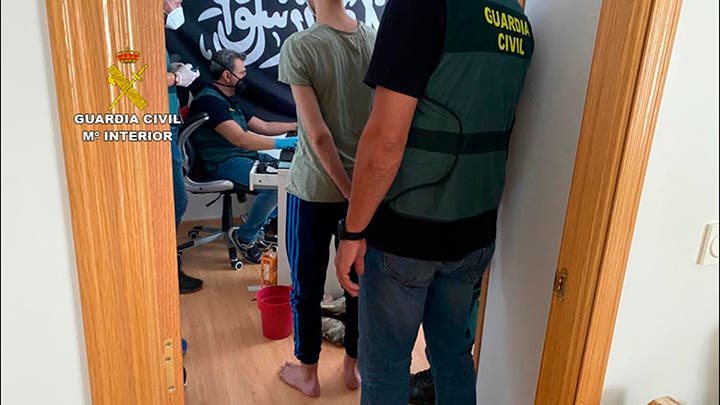 A San Vicente del Raspeig man has been jailed for six years and fined €1,300 after admitting to financing terrorism and trying to recruit people.

Prosecutors before the trial wanted Amir EG jailed for 15 years after accusing him of being a member of the Islamic State terror group(DAESH).

He was arrested by the Guardia Civil in San Vicente del Raspeig in July 2020 with officers discovering military clothing as well as hand drawings of semi-automatic weapons.

€700 has been confiscated from the man’s PayPal account which had been received as donations intended to go to third-parties before ending up in DAESH coffers.

The defendant viewed and passed on material that praised the actions of Islamic State via different internet platforms.

He also possessed and distributed hundreds of videos and images about executions and battles of jihadists in Syria, Iraq and Africa.

To surf the net, he took security measures like using VPN networks and anonymous browsers in addition to deploying a virtual phone number.