Home Murcia Man kills dog that urinated against his wall and attacks owner in... 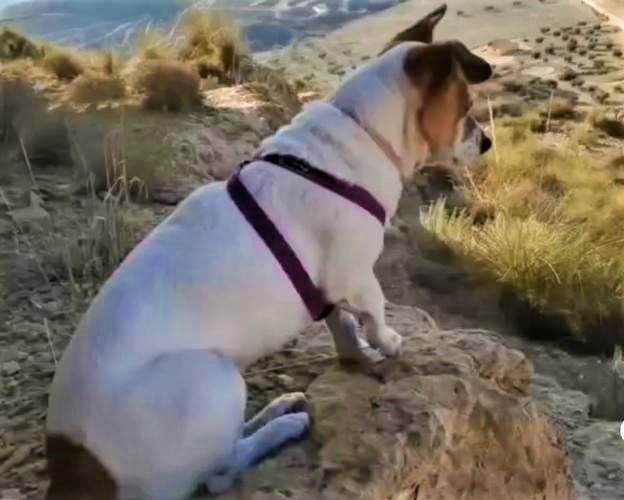 A man from the Via Verde area of Campos del Rio in Murcia is being investigated for animal abuse after killing a dog that urinated against his house wall.

The dog’s owner says she was also assaulted by the man on Tuesday when she took her pet, Lola(pictured above), out for a routine walk.

The woman needed treatment for shock following the attack on her and her dog that was repeatedly kicked and punched.

A resident said that Lola’s owner always carried a water bottle to clean down any urine and she carried poop bags.

“She is an exemplary neighbour,” they added.

Campos del Rio mayor, Maria Jose Perez, condemned what happened and called for the ‘maximum penalty’ to be imposed against the aggressor.

The town council also declared an official day of mourning for Lola on Wednesday with a decree opposing ‘canine violence and all acts carried out against harmless animals that are part of families’.

Protestors gathered on the street where Lola died on Tuesday evening with the dog’s killer taken away to the Guardia Civil barracks in Mula.

He was removed for his own protection due to anger about the incident which he was subsequently questioned about.

The man was said to have ‘various problems’ with the local council and with his neighbours due to his ‘unsociability’.