This is the third and final part of the Olive Press’ three part walking tour around Spain’s bustling capital, Madrid. This issue, Judith Cooke takes us from the square of the Discalced Nuns of Saint Clare to the gates of the city’s royal palace.

THIS walk begins in the small square in front of the Convento de las Descalzas and winds its way around the royal quarter of town, past the Senado and the elegant Plaza de la Encarnación and then out onto the esplanade in front of the royal palace. Here, you look out over the vast Casa de Campo park and the Sierra de Guadarrama beyond.

Way back in the 16th century, the area around the Convento de las Descalzas Reales was outside the city walls in an area rich in cultivation. The palace built here by Carlos I’s treasurer was called la Casa Fresca (the Cool House). Felipe V would stay here while his royal palace was being rebuilt after the great fire of 1734. His daughter, Juana of Austria, was born here and after she returned to her home country as a widow she decided to build the convent on the site of her birthplace. Her coat of arms is on the façade and the altar was constructed over the spot where she had been baptized.

The original Discalced Nuns of Saint Clare, the barefooted nuns, came from Gandía, in eastern Spain, to inaugurate the convent in 1599. As well as a church, there was a Sala de Reyes, a room for kings when they came to visit.

On the other side of the plaza you have before you the Monte de Piedad, which was once a palace. It is connected by an underground passageway to the convent. A chaplain, Francisco de Piquer, decided to raise money to help those less well off. In 1702, he placed one gold coin in a moneybox and asked his family to bear witness that from that day one the coin would grow. The aim was to have a place where the poor could pawn their goods to raise funds. With additional money boxes the single real soon became 20,000 reales and, in 1724, Felipe V donated the houses opposite the convent to charity.

Walking away from the plaza down Calle de la Flora, we pass through a small, dark square where once stood an asylum for old workmen. This is the Plazuela de Santa Catalina de los Donados and the asylum is said to be the oldest public welfare institution in Madrid. Built in 1460, its façade claimed the building held “twelve honourable men whose advanced age had deprived them of the strength to earn their own living.” These men became donados. This meant they earned their keep with in the order and had to pray daily for the soul of the founder in unison. At the end of the 18thcentury, the building fell into decay and was converted into a hospital for the blind. The small church to the side of the square houses an intriguing statue of the baby Jesus, to which many miracles are attributed.

Continuing down Calle de la Priora, we come to the wide Plaza de Isabel II, which until the beginning of the 19th century had been a garden full of fountains. Calle Escalinata was a ravine which ran with underground water. Later, this became the site of many public washing places and baths. The Real Cinema, which stands on the left, was constructed in the 1920s and was one of the first in Madrid.

We now head off to the right down Calle Arrieta, named after the opera composer Emilio Arrieta. Today, the Academy of Medicine stands at number 12 but it used to home the National Library.

At Calle Bola, turn right and walk up this road to the bright red bar of the same name. The name of the street originated in a grey stone ball that stood at the entrance of a building that housed carriages. Legend also speaks of a hanging ball that was blown off in a hurricane and flew through a palace bedroom window. The bar has a reputation for serving traditional Madrid stews served in individual earthenware bowls.

We turn left into Calle Guillermo Rolland, once called the street of iron grilles because of the elegant balconies and rejas (iron grilles) in front of the windows. At the end of the street, turn left into the Plaza de la Marina Española, site of a convent and old people’s home. The Cortes, which is the seat of the upper house of Parliament, stands at the far end of the square. Just in front of the building is a tall monument dedicated to Canovas del Castillo, the 19th century politician who was assassinated in 1897.

The Convento de la Encarnación stands on Plaza de la Encarnación. It was once renowned as being one of the most tranquil and melancholy places in Madrid. The land here was initially a present from Felipe III to his wife, Margarita. She in turn decided to devote it to a religious order as a gift of thanks for ridding Spain of the Moors. Although this happened in 1609, she died before it was inaugurated in 1616. Inspired by the monastery at El Escorial, the architect Ventura Rodríguez renovated the façade in 1767. The convent contains some fascinating relics, including the blood of Saint Pantaleon. It is said the powdered blood turns to liquid on the anniversary of his death on July 28.

Turning away from the convent, we walk down Calle Pavia past the Gardens of the Cabo Naval. Here, there is a statue of Sergeant Naval who died to save his comrades in Africa. We come out onto the Plaza Oriente (East Square). Its name is somewhat disputed since it stands in the west of the city. It can only be considered easterly by a resident of the royal palace itself. This wonderful open space was inspired by José Bonaparte in 1811 but it was not until the reign of Isabel II that it attained its present size. Two convents, a church and Felipe V’s library had to be demolished to create the necessary space. The square is surrounded by life-size statues of Spanish rulers which were originally intended for the roof of the palace but were too heavy. The streets around Plaza Oriente are named after famous Spanish victories, such as Bailen and Lepanto.

With its views over the Casa de Campo park and the western limits of the city, the square has a rather majestic air to it. It is also a place people visit to relax and have conversations. Youngsters sun themselves on the grass and benches while locals meet up in the famous Café Oriente for an aperitif. Join them here for a drink or two and reflect on the changes Madrid has seen over the past few hundred years, from the times of Mayrit (as the city was once called under Moorish reign) to the present day Bourbons. 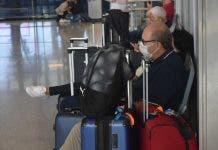