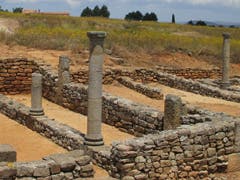 IT was the scene of a great and bloody battle. In 134 AD, brave Celtoiberian warriors battled for 11 months to fight off the advancing hordes of Roman invaders.

Today, Numancia in northern Spain is once again under siege. But it is not General Publius Cornelius Scipio who is leading the march on this ancient settlement. This time it is the housing developers.

If plans passed by the regional government go ahead, an 800-home complex with a hotel, horse riding school, office blocks and industrial estate will be built on land overlooking the 2,000-year-old site.

And in a move that opponents claim is illegal, the Junta de Castilla y Leon has also passed plans for another 300 houses and business park nearby on the privately-owned Muela hill. 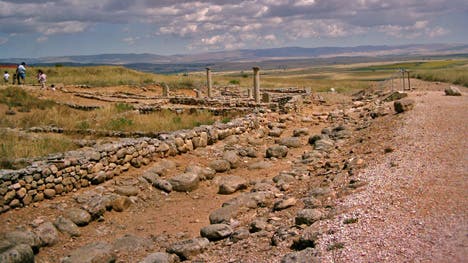 This is where Scipio the Younger – grandson of Scipio the Elder, Hannibal’s Roman victor – made one of his base camps during the second-century battle, which saw 60,000 centurions surround and eventually take Numancia from its small band of Celtoiberian inhabitants.

“This must be the only case in Europe in which the owner of a plot of land is demanding it remains classified as green belt. We do not want any construction here,” said Amalio Marichalar, whose family looks set to lose Muela hill after local officials in nearby Soria announced plans to ‘grab’ the land to aid the Junta’s 35-million-euro project.

Opponents, which include local residents, the Royal History Academy and Spain’s Open University (UNED), are now calling on central government to halt the developments.

Citing the Spanish Constitution, they claim Numancia is protected under the 1974 Magna Carta, which states public administrations should guarantee to preserve and promote the natural, historical and cultural heritage of Spain.

“This is an unjustified, barbaric attack on not only the landscape of Soria but the heritage of our country,” María José Perex of the ancient history department at UNED said.

She added that an online petition is underway to demand the United Nations, which has also expressed concern at the development, to declare the settlement a World Heritage Site.

This classification would protect the site against such develoment plans.

Supporters of the plans claim the developments will create much needed employment and stop migration from the area. “Our children leave Soria at 18 and go to Madrid and Barcelona to find work. We need something like this to keep this area alive,” said Soria mayor, Juan Manuel Izquierdo.