HUNDREDS of demonstrators mobbed the offices of Almería’s town planning chief in a protest against planned demolitions. The largely expatriate group demanded an end to the “persecution” of home owners who have discovered their property is illegal.

Coinciding with the first anniversary of the demolition of British couple, the Priors home in Vera (see Olive Press issue 49), an estimated 500 marchers paraded through central Almeria.

Many of the demonstrators blame planning boss Luis Caparros for the threat of demolition. 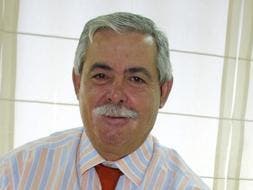 Known as the ‘Demolition Man’ and ‘Mr Bulldozer,’ he is charged with enforcing regional building laws throughout Almería.

“We are here to force him to take notice, to give us an explanation as to why this has happened to us when we did nothing wrong and to ask him to make things right,” demanded Helen Prior, 64.

She held a placard emblazoned with the words ‘No Home and No Compensation.’

Eventually Caparros arrived to jeers and invited the Priors and three other resident group representatives to discuss the matter in his office.

He acknowledged their concerns and said that although he felt “enormous sympathy” for the Priors he was powerless to help them.

“Of course I feel sorry for them,” he told the Olive Press. “I have enormous sympathy for a family who built in good faith with permission from their town hall,” he said.

“But the Junta acted correctly within the law and compensation must be sought from the mayor who issued the licence.”

There are thought to be as many as 5,000 illegal homes throughout the province, many of which are owned by foreigners.

The majority of these properties were wrongly built with permission from local town halls.