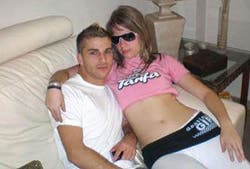 THE ex-boyfriend of missing teenager Marta del Castillo has confessed to her murder.

Jealous former lover Miguel Carcaño, 20, admitted he had killed her in a fit of rage.

His confession to police on Valentines Day heralded a flurry of arrests in the case.

While police have still not found the body of Marta, 17, they have now made a total of four arrests in the case.

Carcano told police that he had thrown her body into the Guadalquivir River with the help of a friend Samuel Benitez, who is also now under arrest, accused of covering up the crime.

The pair had used a wheelchair belonging to the mother of Carcano, and a moped to take her body to the river from his house in the Macarena district.

Police are trying to establish whether Benitez could also be involved despite insisting that he was out with his girlfriend on the night of the murder.

Carcano himself admitted he had got into an argument with his ex girlfriend and hit her with an ashtray until she was dead.

He apparently finally confessed after being shown the heavy glass ashtray.

The current girlfriend of Carcano, a local 14-year-old called Rocio insisted that she knows he is the killer. 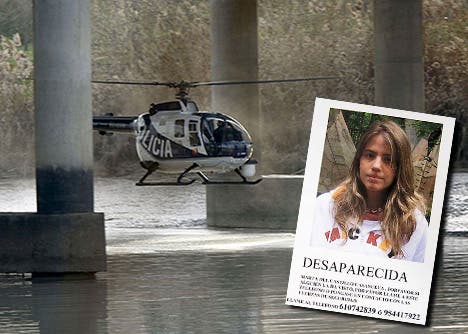 She told local media that she knew that he was quite a jealous man, and when she had asked him if he had anything to do with the crime, he had simply hung his head in silence.

The family has vowed to fight for justice.

Marta’s cousin Sandra insisted that Carcano had only dated Marta for about a month “some time ago”.

Meanwhile there were shouts from the public of ‘asesinos’ (or murderers) as Miguel and his friend Samuel arrived in court in Sevilla on Monday.

Over the weekend police made two more arrests, including Carcano’s brother.

Hundreds of police and volunteers continued the search for her body along the length of the Guadalquivir river as far as Sanlucar in Cadiz.