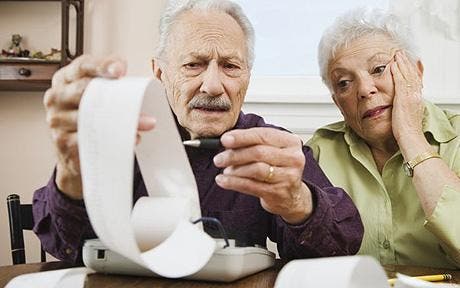 Have pity for the pensioners

IN these straightened economic times one’s heart goes out to those pensioners who struggle to make ends meet as interest on meagre savings reduces to near zero even though the cost of living continues to rise.

Just this week my attention was drawn to the tragic case of two Welsh pensioners who, having spent many years of their lives actively serving the citizens of Europe, find themselves abandoned to financial penury upon retirement.

In order to spare them embarrassment from the unpleasant position in which they find themselves, I shall refer to them only as Neil and Glenys K.

For nine years, from 1995, Neil worked as a lowly-paid commissioner at the European Commission for which he now receives a paltry 97,100 euros per annum pension.

That may sound a lot but do remember that it is only 10,760 euros for each year of service. Of course, he also gets a miserly 33,900 euros a year for the time he spent “leading” one of the UK’s major political parties.

Glenys has not been so fortunate.

Although she is already claiming a piddling pension from her years as a teacher, she will receive only 56,160 euros a year for her time in Brussels – almost half the amount her husband has been awarded!

Despite costing the taxpayer an estimated 9.36 m euros in pay and allowances Neil and Glenys K must now get used to living on pensions of only 216,450 euros a year.

Fortunately these difficult circumstances are alleviated by Glenys’ ministerial salary but belts, even those made of ermine, will have to be tightened.

I know that readers of this august journal will join me in extending our sincere good wishes in the hope that Neil and Glenys will somehow manage to survive in the face of such unwarranted adversity. 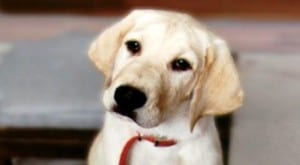 YOU may have noticed that a film called Marley and Me was recently premiered. Needless to say, dozens of reporters from various branches of the news media who had nothing better to do were in attendance. They outnumbered fans lining the red carpet as the stars of this latest Hollywood epic, Jennifer Aniston and Owen Wilson, arrived to spend an hour and a half watching something that had probably occupied no more than three days of their time in the making.

Nothing unusual so far. However, I would have taken some comfort if just one of the assembled hacks had bothered to ask why the title of the film had not been changed to Marley and I so that proper grammatical convention could have been observed. But it was not to be.

I might even have lived with the error had not a television news hack wasted everyone’s time by presenting an interview with the aforementioned stars as if it was something worthy of broadcasting. It was butt-clenchingly bad!

For a start, in the course of the sixty-second news clip, the garrulous Wilson said “kinda” no less than ten times. It was “kinda fun” to make the movie; it was “kinda interesting” to work with a dog (I assume he was referring to the canine performer and not his co-star); it was “kinda nice” to be in Europe; on and on ad nausium. Such was the torrent of verbiage from the voluble Owen that Jennifer Aniston was lucky to get a word in edgeways. Nevertheless, the nanosecond or two when he did keep his mouth shut gave her ample opportunity to demonstrate that she couldn’t string a coherent sentence together either.

Whilst I lament the linguistic inadequacies of these over-paid “celebrities” I know I must make allowances. After all, they are American.