The gift shop owner had been waiting for a bus with her sister and a friend near her home in Miraflores when a man of Scandinavian appearance offered them a lift in his car.

“He said the bus had broken down and he could give us a ride to the market,” she explained.

“Foolishly we believed him and got into his car, but when we arrived he demanded 19 euros fare for a trip that costs two euros on the bus.

“When we refused to pay he grabbed my hand and became very aggressive.

“I threatened to call the police and we finally managed to get out of the car.”

Shaken by her experience, Clarke, who owns a gift shop in Calypso, was shocked when a few days later the same man pulled up at the same bus stop soliciting for business.

“He had the same line about the bus breaking down. When I recognised him I almost had a heart attack, but I shook my fist at him and he sped off.”

He drives a silver car, possibly a Ford Fiesta and the number plate is 712 8FW.

In light of recent experiences of missing teenagers and several date rapes, the Olive Press has reported the offence to the police. “We will pass it onto our traffic department,” said a spokesman. “Thanks for your help.” 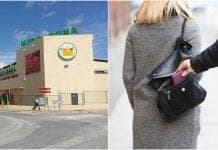 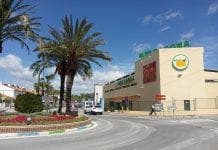 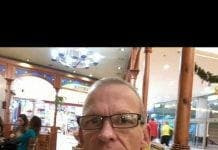