HE now has an even better reason to sing his tale of woe.

The former PSOE Axarquia mayor – who the Olive Press revealed in June has launched a new career as a singer – has been summoned once again to explain where 200,000 euros from the sale of a plot of land has disappeared to.

The plot in question was sold in 2004 to build a total of 36 apartments, all on rustic, non development land.

As well as the apartments, 30-odd garages and a large pool have now been built in the Calle Carrion urbanisation that sits above the town.

The main discrepancy being that the sale was declared officially at 100,000 euros, while the private contract was for 300,000 euros.

Now investigators are trying to unearth where the majority of this money has gone, with the mayor’s friends and family being the main suspects.

The mayor, who denies the charges, has been accused of money laundering, bribery and perverting the course of justice.

The main discrepancy being that the sale was declared officially at 100,000 euros, while the private contract was for 300,000 euros.

His two daughters and five friends, including a property developer, have so far been arrested in the investigation.

Over 1100 illegal houses have been built on rustic land in the town.

The mayor was only released from prison on a 120,000 euro bail in June, after being arrested for his involvement in the planning scandal in February.

Soon after his release he announced that he was intending to emulate the famous singer El Farraquito and dedicate his life to flamenco.

“I am no longer interested in politics. I want to dedicate myself to singing which is my art,” he said. 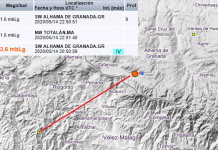