A LIFETIME living in Jimena de la Frontera would do wonders for your health.

For most jaunts across the historic town are likely to involve the challenging ascent of one of the area’s beautiful, but stamina building narrow avenues.

All roads lead to Rome but, in the case of Jimena, these sloping streets wind up to the 13th Century Moorish castle that continues to watch over the cobbled lanes and lovingly maintained whitewashed homes.

The castle – a constant reminder of Jimena’s intriguing past – rises up above the town, keeping a wary eye on the hillsides and looming mountain peaks of the surrounding Serrania de Ronda.

And the short, but challenging, walk to the all-seeing medieval stronghold is well worth the effort as panoramic vistas greet the eye once the steep hillside is conquered.

Once an important vantage point for the Moorish armies, the castle witnessed many battles as Christian armies laid siege in numerous blood-thirsty attempts to claim the towering site as their own.

Even before such struggles the town has been home sporadically to the Iberians, Phoenicians and Carthaginians, as well as the Romans.

These days, however, such combat and instability is fortunately consigned to the history books as Spaniards and expatriates of varied nationalities contribute in equal measure to the vibrant social scene of what, at first glance, appears to be a sleepy Andalucian outpost.

“This is a town with a lot of heart. “After moving here it soon became very apparent that it had a really positive vibe.”

And it is this healthy relationship that immediately becomes apparent from just a few hours strolling the streets of Jimena.

A visit to just one of the many inviting bars and authentic restaurants – which serve as the perfect refuelling stations once a winding road has been negotiated – will reveal the special bond that the townsfolk have successfully nurtured over recent years.

“I have been here for the past seven years and I quite honestly love living here,” explains Caroline Bickerstaff, owner of the buzzing Bar Oba in town.

“I am the only English bar owner in the town and I have been completely accepted by everyone.

“This is a town with a lot of heart. “After moving here it soon became very apparent that it had a really positive vibe.”

This vibe is fuelled by the thriving social scene that has been gradually harnessed with the help of hip events such as the annual week-long international music festival.

Held in the second half of July, it attracts a range of jazz, rock, flamenco, folk and classical performers and draws visitors from all over Andalucia.

This mix of old and new, working together in perfect tandem, is one of Jimena’s great hallmarks, the vast majority of its buildings – in many cases dating back centuries – still ooze their original charm after carefully-managed restoration projects.

Luckily the many visitors to the town are now fortunate enough to choose from a number of guest-houses that make it possible to enjoy their authentic nature, without being too far away from their usual home comforts.

Owner of popular guest house, El Chirimoyo, Briony Fletcher, explains: “I tried my best to ensure that the soul of this place wasn’t lost as we worked on the renovations.

“I contracted a highly-talented craftsman to replicate the original floor tiles of this house for the bedrooms and the kitchen.

“They were so beautiful in the first place, why would you ever want to start afresh?”

This carefully-induced change has fortunately become the hallmark of the 9,000-strong town, which now consists of approximately 1000 expatriates.

Despite having changed in size and amenities considerably, Jimena remains worlds apart from the built-up coastal resorts that lie just 25 minutes away by car.

The development of the town has been witnessed by resident of 20 years Alberto Bullrich, who first visited Jimena a mere 40 years ago.

“I came back 20 years later and I suddenly saw the first signs of change. For instance, a medical centre had appeared.

“What is so special is that it is still a small town with a rural feel to it, but it has significantly opened up over the years and welcomed its ever-growing expatriate population without losing its original identity.”

Glowing praise is no stranger to Jimena. In fact, it was so highly regarded by Spanish King Alfonso XII that he declared in 1879 that it should be officially recognised as a town, rather than a village.

Such sentiments are certainly still shared by the lucky 1000 expatriates who now inhabit the town.

“This is definitely real Spain, I have lived here for nine years now and Jimena certainly does have something very special about it,” says Fletcher.

Blessed with a plethora of hearty restaurants and tapas bars, there really is something very special about the food that is on offer in most places.

Be it Mesilla de los Angeles in Estacion de Jimena, or El Ventorrillero just off the Plaza de Constitucion in Jimena, many of the dishes use natural ingredients found in the surrounding forest, or from locally grown produce.

Added to that, a trip to any of these popular spots will often include bumping into a friendly face, be it Spanish or expatriate.

For, judging by the welcomes granted on stepping foot into these places, the ethos of the area is umistakably that a stranger is simply a friend not yet made.

Nevertheless, if a break from the bustling bars and friendly residents is needed then the town is perfectly located, surrounded by vast expanses of sprawling countryside.

Would-be walkers and intrepid explorers are blessed with the Parque Natural de los Alcornocales, which stretches away from both the north and southern ends of town.

Bristling with cork oaks, called alcornocales, this natural park is home to an incredible array of birds and insects.

Run by Susan Hemme, hailing from Switzerland, the ranch is a tribute to sustainability and green energy with all the hot water generated by the site’s solar panels.

The adventurous will certainly not be short of ideas, with experienced horse riders even being able to take trips at night.

“You really can make the most of the beautiful woodland scenery that this park has to offer with the range of activities you can enjoy here,” explained Hemme.

“Even if you’re not a horse rider, you can venture out from the base and enjoy some breathtaking walks or exciting bike rides.”

So good are the potential treks around Jimena de la Frontera, author and seasoned hiker Guy Hunter-Watts has even written about two possible trails the town has to offer in his guide Walking in Andalucia.

And that is before even mentioning the sights that can found in neighbouring village San Pablo de Buceite with its fertile valleys and healthy orange groves.

Not only is Jimena town home to some challenging daily treks as people negotiate the picturesque cobbled streets as part of their daily routine, but the surrounding countryside offers even more testing excursions.

The town really does work wonders for your health! 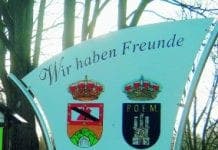 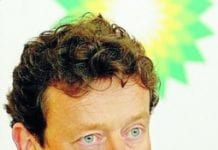