A so-called EUC (Entidad Urbanistica de Conservacion), it is a privately-run gated estate – over 4,400 acres in size – that pays for all its own infrastructure and roads.

With high security and some of the best quality leisure facilities in Spain, it is little surprise that the development has managed to weather the storm of the recession better than most of its neighbours.

“It is a slow market here right now, but it is strong and steady,” explains Ian Bateman, of Holmes estate agents.

“Traditionally when a recession comes it always hits Marbella first and Sotogrande second. And Sotogrande, while it takes a bit longer to pull out, generally fares better”

This is due to the fact that the area has seen less distressed sales, as the wealthy vendors don’t need to sell and are “happy to simply sit it out”.

“People in Sotogrande are usually not pressurised by the general flow of the economic crisis,” continues Bateman. 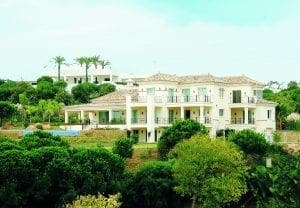 This explains why the higher end of the market has held up better than the lower end, where prices have dropped by as much as 30 per cent over the last few years.

These days it is possible to find a four-bedroom townhouse with a communal pool for under 400,000 euros in the estate, while a two-bed villa on a 1000m plot could be as cheap as 450,000 euros.

“We even managed to sell a two-bedroom apartment for just 130,000 euros inside the estate,” says Bateman. “It is an older one, but that is great value.”

The average cost of a property in the area is still around 1.5million euros though.

“Our most expensive home is officially 9.5million euros,” says Bateman.

“But there are plenty that say ‘POA’, or price on application, which means quite a bit more.”

“And they are selling rather well,” says director Lucas de la Puente.

This is perhaps no surprise with the “private estate within a private estate” claiming to have the lowest density in Europe and an incredibly high level of security.

But the owners – who number over half a dozen so far – will have to pay for it with an annual 50,000 euro a year community fee on top. 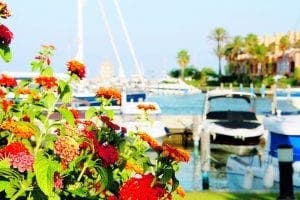 It is certainly an amazing location high on the hills above the estate, with incredible views of the Sierras de Grazalema, Ronda and Bermeja.

“Even the footballers can’t generally afford it,” laughs de la Puente. “It is more exclusive than that.”

He estimates that each of the homes, once finished, will be selling for around 15million euros.

As estate agent Paul Bristow, of Bristow’s concludes: “Sotogrande offers a lifestyle to which many aspire but only a select few ever achieve”.

He continues: “The economic conditions over the last few years have seen the Sotogrande property market seriously reassess itself and I now feel the property valuations under the current market are generally a far more realistic reflection of real value.”

Sotogrande has a range of excellent, well established agents, also including BM Sotogrande.

Boss of BM Bradley Falconer has been advising people where the best buys are for eight years.

Being a trained architect he can guide and advise his local and international clients on design and construction, while finding buyers for prestigious luxury homes, land and apartments.