THEY are called laptops for precisely that reason.

But men, who balance their laptop computers on their knees, could be unwittingly damaging their fertility.

A new study has found that when men place their laptops on their laps instead of on their desks, they are overheating their testicles which could be damaging their sperm.

Researchers from New York’s State University asked 29 young men to work on computers in this way before measuring the change in temperature in their genital area.

They found that testicles quickly heated up to dangerous levels, even when they used laptop pads as a buffer.

Overall, temperatures rose by up to 2.5C in just one hour.

Alarmingly, earlier research has shown that warming the scrotum even more than one degree is enough to damage sperm.

“Within 10 or 15 minutes the temperature is already above what we consider safe, but they don’t feel it.”

He warned that frequent use might contribute to reproductive problems because “the scrotum doesn’t have time to cool down”. 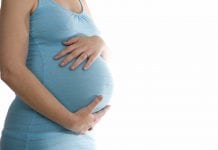 Women in Spain have third lowest fertility rate in Europe 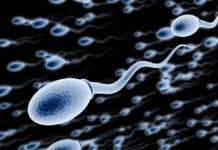