A MUSLIM family have denounced a La Linea geography teacher for talking about Jamon during his class.

The pupil politely asked him not to mention pork while he was around.

To which Fernandez responded by saying: “there are 30 pupils in this class and one should have to adapt to 29 and not the other way around.”

The student’s parents denounced the teacher to the police the next day for making xenophobic remarks.

Yet officials across the government departments have dismissed the allegations as ‘completely unfounded’.

The president of Spain’s Islamic federation has also spoken in support of the teacher, saying the Koran prohibits eating ham but not talking about it.

Cadiz justice authorities have reportedly asked a judge to ‘archive away’ the case as soon as possible.

EXPLAINED: Will students have to wear masks for the entire school day in Spain’s Andalucia? 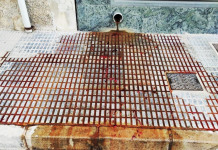