FOR anyone that has ever wanted to travel from the Russian steppes of Doctor Zhivago to the Middle Eastern Palaces of Lawrence of Arabia, it turns out you can do it in under a day.

Indeed both settings can be found in Spain (in Soria and Sevilla), as can the locations for over 500 English language films made here.

Now, as reported in the Olive Press last issue, a new website has been launched to shine a spotlight on the locations used in all the English-language films made in Spain.

“I don’t think people know that it is Spain a lot of the time,” explains English teacher Bob Yareham who created the website with software developer Juan Jose Cermeno.

“But just about every country in the world had been represented in a film by Spain at some time of another,” he added.

In part, this is due to the variety of unspoilt scenery in Spain – “Orson Welles used to say that Spain isn’t so much a country as a continent,” explains Yareham.

But there was also the added benefit that under Franco the Spanish army was for hire which was useful for epic films such as The Fall of the Roman Empire, 55 Days at Peking and most famously El Cid.

Most recently Spain has offered its varied landscapes to represent Iraq (Murcia) in Green Zone, Kurdistan (Alicante) in Triage, the Ancient Greece of the Gods (Canary Islands) in Clash of the Titans and the fictional Republic of Wadiya (Sevilla and Fuerteventura) in The Dictator.

Film lovers can also find Katherine Hepburn’s Troy in Guadalajara, Spielberg’s Empire of the Sun in Trebujena and the location of the final scene of The Good, the Bad and the Ugly in Burgos.

Not forgetting the host of spaghetti westerns that were famously shot in Almeria.

And, following the number of films made here in the 60s there is now a whole generation of Spanish technicians who have developed the technical know-how and have enormous knowledge.

“Any Hollywood producer knows that if they come to Spain then can find what they need,” added Yareham, 57, who moved to Valencia from London over 30 years ago.

So here we take a look at some of the films that have been made in Spain….

In the film Dr Phibes Vincent Price heads to Egypt in search of his stolen scrolls before being chased around the world.

The movie was predominantly made in London.

However the Egyptian desert scenes were filmed at the famous and frequently used sand dunes at Cabo de Gata, Almeria in December 1971 and January 1972.

Bizarrely the final scene of the movie which is supposedly set in 1928 has Phibes riding a raft down the River of Life singing ‘Over the Rainbow’ even though the song wasn’t written until 10 years after the film was set.

Just seven years after Denia was used as England and Italy for the film HMS Defiant (see below) the Costa Blanca seaside resort was once again transformed, this time to become Singapore.

Largely shot in Spanish studios with crew throwing buckets of water and rubber rocks at the actors supposedly at sea, it revolves around a disparate group of adventurers seeking their fortune in the shadow of Krakatoa.

Denia is used in the film for the opening dock scenes, and when the camera pans round you can actually see the white villas on the shore.

Most of the rest of the scenes however, including Krakatoa, consists of plastic models.

According to director Michael Apted, they were unable to show Frank O’Gehry’s building in its best light due to rain. But it still provided a dramatic backdrop for the opening sequence.

And as Bond escapes from an office building the hard way, he is pursued by Basque police officers who were recruited from Bilbao’s municipal police force.

Later, the film supposedly moves to Azerbaijan with scenes of a pipeline construction site, but this is actually Cuenca.

Although mainly shot in Shepperton Studios in London, this film uses the boats from Denia’s harbour and in some scenes the distinctive Montgo Mountain between Javea and Denia can even be identified along the so-called ‘Sicily coastline’.

Interestingly, the Alicante town was also the English port from which Defiant set sail and the scenes at sea – supposedly Spithead, Corsica and Italy – took place just off the Denia coast.

Alec Guinness and Anthony Quayle in fact took advantage of a two month break in the shooting of Lawrence of Arabia to ‘knock off’ this minor film.

And when Dirk Bogarde and Guinness rented a house below the Torre del Cherro, Bogarde apparently caused a stir on the local streets by riding around in his Rolls Royce.

In this Richard Lester film, the royal palace of Aranjuez near Madrid is used as a substitute for Versailles, as is the royal retreat La Granja in Segovia, both of which were built by the first Borbon monarch Felipe V.

The Alcazar of Segovia was also used in the scene of Charlton Heston’s ‘benevolent’ torturing of Spike Milligan.

And the medieval cobbled streets of Toledo can be spotted as the Duke of Buckingham is pursued to a vaulted wash house.

It was also here on the Roman Bridge where Roy Kinnear collided with a tree and fell from his horse. A cruel irony as in The Return of the Musketeers, which was also shot in Spain, the actor died after falling from his horse.

The brief port scenes were shot during August and September 1973 in Denia and when Michael York spots Dover, he is in fact looking at Cap de Sant Antoni.

Stephen Spielberg is no stranger to Spain, having shot scenes from many of his films here. On this occasion, Spielberg selected his locations on a helicopter trip over the desert scenery of Almeria, and the Almeria Regional

Government has since published a detailed guide on the locations of this and other famous films made in the area.

In particular, the Tabernas Desert was used for Indiana’s single-handed battle against German tanks.

While the Palace of the Sultan of the Republic of Hatay, is in fact Almeria’s ‘Escuela de Artes’ where Frederico Garcia Lorca once studied.

In the film, the Andalucian town Guadix, near Granada, was also used as Iskenderun, and made its railway station available so that Denholm Elliot could be mobbed by beggars there before being kidnapped by Nazis.

And the interior of the Zeppelin sequence was also filmed in Spain during the summer with both Ford and Connery leaving their trousers off during the conversation at the table, in order to avoid excessive sweating.

This particular film was shot during six weeks all over Spain.

In particular, the Cathedral of Avila was transformed into a temple of Jerusalem, with hundreds of kilos of sand used to convert the streets opposite into authentic Jerusalem.

The castle is supposed to be in France in the story, but the French castles available were not authentic enough.

While on location cast and crew spent their free time in the Hotel Villa de Ayerbe, seven kilometres from Loarre.

The crew also visited Sevilla in order to film in the Casa de Pilatos, and the 14th century Real Alcazar of Sevilla, used as the King of Jerusalem’s palace.

Interestingly, both building were also used in Lawrence of Arabia.

In this film Spain takes on the role of Syria in the 12th century with the iconic Alcazar in Malaga seen at the beginning of the film.

The scenes were shot in June 2004 and depict the arrival of a Templar Knight, Tim Abell, in 1187 to announce the coming war with Saladin.

The Moorish castle is seen again in flashbacks, when the Templar Knight arrives at an Arab women’s tent.

Interestingly, the real castle was built in the 11th century just 100 years before the film is set.

Malaga’s Corpus Cristi church was also used in the film as were some local beaches.

Pandora and the Flying Dutchman (1951)

In April 1950 Hollywood beauty Ava Gardner jetted in to film Pandora and the Flying Dutchman with James Mason.

The film actually takes place in Spain although in the mythical seaport of Esperanza, where the ghost of the Flying Dutchman becomes the love interest for Gardner, fighting for her affections with Spanish bullfighter Mario Cabre.

The bullfight took place in the ‘Plaza de Toros’ in Girona, and the locals, unlike the citizens of Tossa, who were paid to participate, actually paid for the privilege of watching the ‘Corrida’.

Meanwhile the stars stayed in the Hotel Peninsular in Girona where Gardner was reported to have spent her nights with Cabre apparently causing her lover Frank Sinatra to fly over with a large emerald necklace.

Gardner – who moved to Spain in 1955 – later wrote in her autobiography that she found Cabre ‘presumptuous, proud and noisy’ but after a night of drinking and flamenco, she woke up in bed with him.

Tossa de Mar came off better as she remembered it as having shady squares and bubbling fountains, with market stalls everywhere full of fish.

My day on the set

“I came to Spain in 1968 with a friend to work on the film Cromwell but it was delayed due to bad weather, so we decided to head to Andalucia instead.

We had long hair as did most northern Europeans, perfect for Cromwell but bad for WWII films.

Patton Lust for Glory was being filmed in Malaga and Almeria so we got our hair cut and worked for a few days with director George C. Scott who was even more dynamic in the flesh.

We earned the equivalent of six euros per day but had to pay the extras agent one euro.

But it was incredible to watch the old owners of a tiny shop who were speechless when the whole film unit descended on it and literally bought everything it had – they just stood there as the money came over the counter, some of us thought they would have a heart attack – many Christmases coming at once.

I count myself lucky to have known the real Spain both north and south – a totally different place to the Spain of today.”

Yareham is keen to continue expanding the website so anyone with anecdotes or photos of English-language films made in Spain can send them to him at bobyareham@silver-screen-spain.com 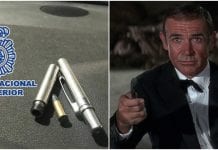 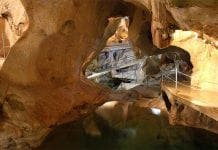 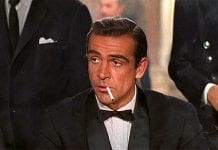