FLOOD victims in Malaga will be eligible to receive the same aid as those affected by the Costa del Sol fires, according to local government.

A decree, passed by the state, was set up to provide financial help to those in disaster stricken areas affected by what have been described as the ‘worst fires in Malaga’s history’.

Now those with flood-damaged properties will also be eligible to receive compensation under the same legislation, according to Jorge Hernandez Mollar, Deputy Leader of Malaga’s Partido Popular (PP).

He added that the scheme will cover damage to housing and personal property, but not agricultural land, with the environment ministry currently assessing the financial cost of the floods in order to provide aid ‘as soon as possible’.

The floods were the worst Andalucia has seen for several decades, killing 11 people including a British woman and leaving two others missing. 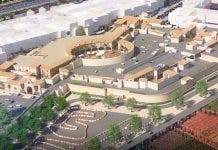