A NEW book about Spain’s International Brigades has been described as ‘totally wrong’ by a leading British Hispanist.

I am Spain by David Boyd Haycock presents tales of non-Spaniards such as Ernest Hemingway and George Orwell, who travelled to Spain to help fight Fascism.

Through their personal letters, diaries and memoirs, the Oxford-educated historian hopes to bring the experiences of these ‘passionate men and women’ to life.

But in a damning review published in the Daily Mail, Hispanist Paul Preston describes the factual inaccuracies of the work.

“Boyd Haycock has little sense of a wider context and even less respect for factual accuracy,” said Preston, a Franco biographer and Civil War expert.

“Time after time, the eye for a good quote overcomes the need for accuracy.

“Boyd Haycock proves yet again that where the Spanish Civil War is concerned, the first casualty is truth,” he added. 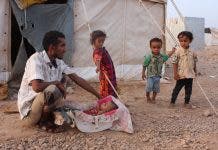 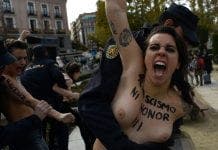