UNLESS you have been living on Planet Fluffy for the past seven years, or are a newly arrived Russian Trillionaire, you might have noticed that we are in the middle of something of an economic crisis at the moment.

Not just a tighten-our-belts-a-little-type crisis, but a full-blown ‘Sweet Jesus and all the little angels! If I have to tighten this any further my Calvins will ride up and I’ll be doing a passable impersonation of Jimmy Sommerville’ style of recession!

Those with long memories may remember the financial crisis of 1991, or even 1973 (although as Spain was under the thumb of a Fascist Dictatorship at the time any criticism of Franco’s financial policy was likely to bring a knock on the door in the middle of the night).

With the light at the end of the tunnel now clearly an oncoming express train, how are we on the Costa del Sol to make the best of the worst of times? How are we going to cut back and make some savings?

Let’s face a couple of basic facts first. In Marbella, where I live, cash is king.

You can pretend that it’s a historic ‘city of tourism’, or that there is a burgeoning cultural scene, but at the end of the day if you want to be popular in this town, just rock up with a huge pile of cash, wave it around and see how many new friends you soon have.

And you’re also likely to find yourself with a sultry new eastern European girlfriend as well. 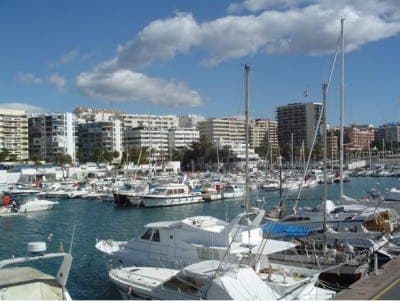 This brings us to my next, admittedly bitter and twisted, point about the recession.

If you are one of those deeply spiritual individuals that posts life-affirming stuff on Facebook – you know the sort of thing ‘What doesn’t kill me makes me stronger’ (although stroke victims may beg to differ), along with a photo of a dramatic landscape, you will also know the old adage: ‘If you love someone set them free. If they don’t come back then they were never yours’.

With the recession hitting hard it may be a time to re-evaluate your relationships with the blinged-out Bimbo from Belarus with the following, equally life-affirming slogan, especially valid for Marbella: ‘If you love someone cancel their Gold Card and delete their dealer’s number from their mobile.

If they don’t come back then they were never yours’…

So now that you’ve got rid of the high-spending girlfriend, you might take a look at the motor.

And with due deference to the supercar dealerships up and down the Golden Mile, once you get off the main drag, you are likely to find that your two-inches-from-the-ground, racing-spec dream machine is about as in demand as a surprise bungee cord tied to Felix Baumgartner.

Once again there are several reasons for this. Firstly the roads along the Costa del Sol have some of the biggest potholes in Spain, some of them requiring climbing gear and a team of sherpas to clamber out of.

Then there is the problem of visibility. Marbella Town Hall, for example, has been unable to pay the electric bill, which means that, without ‘cats eyes’ on the road or street lighting, you’ll need a rack of lights on your roof to avoid the potholes at night.

And the third and final reason that you might need a basic 4×4 with a rack of lights on the roof and plenty of ground clearance is the general standard of driving here.

The heady combination of lost tourists in rent-a-cars, drunk golfers in buggies, Moroccan vans thundering towards Algeciras, their drivers not having slept for 36 hours, and the dreaded yellow Seat Leon drivers – all badly drawn tattoos and darkened windows – means that you are facing plenty of dents and depreciation.

So downsize to a 4×4 but DON’T buy a Range Rover Sport with darkened windows to potter around Nueva Andalucía, as you will get pulled over every time you go out by the local cops.

The recession doesn’t have to put a dampener on your social life, however. Just repeat the mantra ‘Staying in is the new going out’. 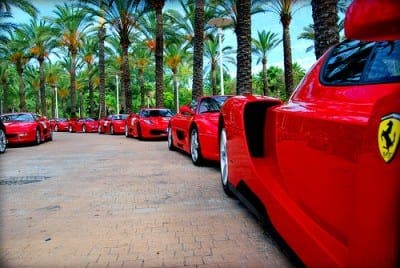 If you want to recreate the fun of going out and hitting the clubs in Banus, merely tune into a dance channel and jump around your living room in the dark.

You can replicate the thrill of buying a dodgy gram by placing crushed up slimming tables in wraps around the house. Let’s face it, that’s probably what you were buying in the first place.

If you want to simulate the busy opening of a new restaurant, merely invite your neighbours round and then all squeeze into the pool pump room while holding a plastic glass of ‘vino collapso’ and a greasy bit of jamon.

And finally you should consider alternative ways of raising cash.

Half of Marbella seems to be baking cakes at the moment, while growing your own fruit and veg is also an excellent way for saving cash.

And if you dabble in the more exotic variety of herbs you might even make a couple of bucks.

But the most important relationship during this time of crisis is with your bank so that it will support you through the peaks and troughs of the current financial crisis. And if your current bank doesn’t support you, change bank or, in true ‘Marbs’ style…rob it!