ORGANISED by The American College of Marbella and Chrand Management, Innova 2013, the first international forum discussing how to survive the current crisis, was held on May 16.

A broad cross section all sectors of Marbella’s business community discussed a variety of strategies to tackle the crisis.

There were keynote speeches from Juan Verde, advisor to President Barrack Obama, as well as Manolo Santana and Chrand Management’s Pancho Campo, who commented: “We are very satisfied with the outcome of Innova 2013.

“We had some great speeches and lots if very positive feedback, which is why The American College of Marbella has already confirmed a 2014 edition in early March with higher profile speakers as well as a world famous guest.

“The only negative side was that the event should have had a larger response from Marbella residents, both Spaniards and expats” 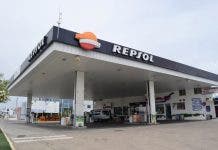