NEARLY half of all Spanish parents admit to having left their child behind in the car after forgetting that they were there.

According to a report by the Spanish Paediatric Association this can be lethal in summer leading to heat stroke.

Children’s body temperatures rise three to five times faster than those of adults, as they have lower bodily reserves of water.

Under fours are at the most risk of heat-stroke.

Temperatures inside cars can rise by between 10ºC and 15ºC in just minutes once the vehicle is stationary and opening the windows makes no difference, since it merely allows extra heat to enter.

“They can suffer from hyperthermia within under 20 minutes of being left in an excessively hot car,” continued paediatrician Dr Pau.

“And once hyperthermia has set in, the child can die within two hours.”

Children suffering from heat stroke should be moved to a cool place, removing all clothes and giving them a rehydrating drink – available from chemists – containing glucose and saline solution.

Mix this with cool, but not ice-cold water, and mop them with a cold, wet flannel or sponge, particularly on the wrists and back of the neck, then get them to A&E as quickly as possible. 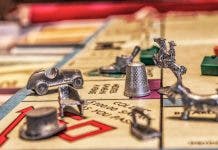 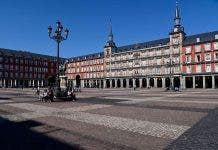