HMRC has unveiled new rules for Qrops scheme administrators in a bid to close some of the loop holes many had been found to be abusing.

Following last week’s announcement, scheme administrators will be required to use an online system instead of paper forms, and each will be assigned a “Qrops scheme manager ID”.

The announcement was met with relief by Qrops providers, many of which had feared new restrictions on the way UK pensions are transferred would be introduced.

Financial adviser Richard Alexander said: “The changes won’t really have an impact on clients, but they will ensure that Qrops providers stay within the rules.

“HMRC was a reluctant player in the Qrops game, and it was something that was forced upon them by the EU.

“This tightening up of procedures will put an end to abuse of the system, and the new rules are an effective way of policing the system.”

Those looking to transfer their pension are advised to check their financial planner is authorised, and to get a second opinion on anything they are unsure about. 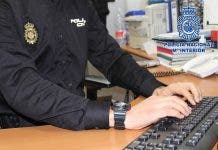 BEYOND THE GRAVE: Millions scammed as pensions from dozens of dead people emerges 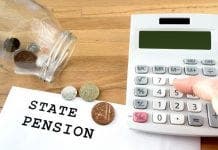 CONFIRMED: Government will uprate UK State Pension for those living in the EU until March 2023 in event of no-deal Brexit