GIBRALTAR’S leader could be under secret surveillance by Spanish spies.

In what could cause a major new political incident, it has been claimed that the Spanish secret services may have been shadowing Fabian Picardo for months.

The enclave’s First Minister, who has two homes in nearby Sotogrande and Benahavis, may have been followed, according to the report by website El Confidencial.

In the same article an unnamed government minister is also reported as saying Spain is ‘after’ Picardo.

“This guy has crossed the line, we are going to go for him” it quotes the source.

The news comes as it emerged that Picardo was taking advice from former judge Baltazar Garzon, as he gave a controversial speech to the UN in New York about Spain’s bullying.

The so-called ‘super judge’ was forced to step down in disgrace over his handling of an investigation into government corruption last year.

The Gibraltar Government insisted the claims might explain some ‘peculiar coincidences’ recently and roundly condemned the comments, describing them as ‘a threat’ against the leader.

It added it would be taking legal advice on the matter, as well as making a report to the Royal Gibraltar Police. 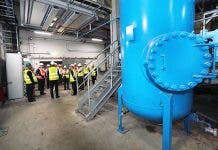