THE elBulli Foundation has been given the go-ahead by the regional government.

The research centre, founded by chef Ferran Adria, will be built in the Cap de Creus Natural Park around the town of Roses.

It is close to where the restaurant, widely considered the best in the world, was located, in a secluded and hard to reach spot.

ElBulli started as a humble beach bar but grew, attracting thousands of visitors from around the world until it closed at the top of its game in 2011.

It was known for its experimental cuisine, cooked by the man who was deemed the most influential chef in the world.

The foundation intends to preserve the restaurant´s legacy.

Building will begin next year and it is expected to open in 2015.
Adria has described the government´s approval as ´historic, as though we´d been given four stars.´ 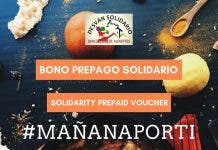 REVEALED: This is the restaurant in British tourist hotspot in Spain accused of treating staff ‘like slaves’ with €2.80 per hour salaries