I WAS invited to meet Simon Manley, the new British ambassador, at the Consulate in Malaga last week. Even though the event was described as ‘informal’, I cunningly guessed that the ambassador’s idea of informal was perhaps somewhat different to my ripped jeans and skull T shirt. So I dug the suit out.

The thing is that I haven’t needed to wear my suit much in the past three years – we don’t wear bow tie much on the radio anymore – and if I’m wearing anything much more than a sarong at the lake in summer it’s a formal occasion.

In the meantime I’ve also embraced a healthier lifestyle, losing around 20 kilos in the process, so my best suit looked very much like huge outfit that Talking Heads’ singer David Byrne used to wear.

Still, I think I managed to get away with it. It may have been the shocking fushia nail varnish that did it…

Although I might not have a suit that fits, my black tie is the perfect size. Two summers ago I was invited to a friend’s wedding in Almunecar where that was dress code. I duly checked out Zara and H&M (I am the last of the big spenders, I know) and while they had various outfits in my size, they all looked a little too fashionable.

If you look at wedding photos from the 70s, there will always be someone who dressed a little too fashionably, and he stands out, mainly from the size of his lapels that you could kite surf with. And I didn’t want to be that man in the photos in 30 years time.

Luckily I remembered the Marks and Spencers store in town, so I dashed down there. They had classic black tie, but after trying all their suits on, there was still nothing that fitted me.

“The only one we have left is the one on the manequin” said the shop assistant. So they took the suit off one dummy, put it on this one, and low and behold it fitted perfectly.

I’m thinking having that added to my business cards – ‘Journalist, broadcaster and M&S’ idea of the perfect male!

Regular readers of my column (and I assume there are a few of you hardy souls out there) will know that I generaly ramble on about life in general, with more than the occasional reference to cats, my life and the lake and the increasingly frequent maladies that affect me.

But I’d like to take a serious moment if I may.

A very good Filipina friend lost her mother at the end of October, and she flew back for the funeral in her home city of Cebu. Cebu is located 200 kms from Tacloban, which was the city almost totally wiped off the map when Typhoon Haiyun hit the central Philippines.

I was stunned, as we all were, when the images began to start coming out from Tacloban, and began to get worried when I heard that the storm front was 300 kms long, meaning that Cebu was affected. All phone calls, messages and social media requests checking on if she was safe or not met with no reply for three days after the storm hit. When I found out that northern Cebu province had also been badly hit by the typhoon I feared the worst.

Finally on the fourth day I had a message from her on my mobile, letting me know that she and her family were safe, but her flight back had been cancelled because of chaos caused by the storm. To say that I was releived would be an understatement.

We all tend to live our lives at a hectic place, rushing from one meeting to another. But an event like Typhoon Haiyan makes us stop and think about how important friends and family are.

Try and make time for them. 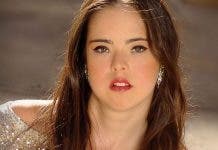 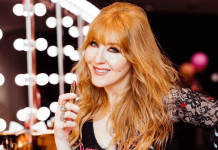 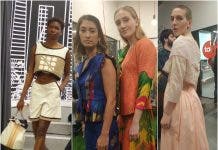