PREMIERSHIP footballers have been flocking to Marbella for some much-needed sun, sea and relaxation following the end of the season.

The classy spot, which has been the setting of several TV shows and documentaries, also received a visit from Malaga CF forward Roque Santa Cruz, who previously played for both Blackburn Rovers and Manchester City in the premier league.

Another footballer David Bentley, who is actually a part-owner of La Sala, joined the recent influx of stars for dinner.

In recent years La Sala has become the destination of choice for top footballers, welcoming Chelsea left back Ashley Cole and England international Alex Oxlade-Chamberlain through its doors.

But it’s not just sportsmen who enjoy a night out at La Sala, Sir Alan Sugar, chef Jamie Oliver and even Prince Albert of Monaco have been spotted inside. 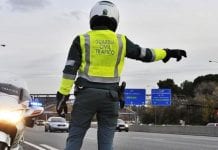 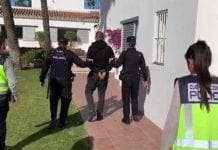 American man arrested at gunpoint while driving luxury car through Marbella’s Puerto Banus for ‘holding girlfriend against her will’ after ‘taking away her phone...

Laurence Dollimore (Digital Editor) - 20 Feb, 2020 @ 15:15
A PRESIDENT of community owners used community fees to line his pockets to the tune of €600,000, police have claimed.  A Policia Nacional probe revealed...