TOURISM businesses linked to Spain are taking a hit, following Monday’s news that a medical worker had contracted Ebola in Spain.

European travel stocks continue to plunge, as investors begin to worry that the deadly virus could spread across the continent.

Shares in IAG – which own British Airways, Spanish carrier Iberia and cruise ship operator Carnival – have dropped by 8.5% over the last two days.

Douglass McNeill, investment director at Charles Stanley Direct, said: “If there is a loss of confidence in the safety of being in Spain, then that will be a big issue.”

Meanwhile French conglomerate Bollore – which has a significant logistics business in Africa  – saw its shares drop by a huge 20% over the past two days. 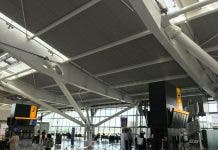 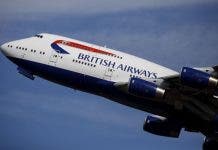 British Airways expected to suspend 36,000 staff amid coronavirus crisis, but are still putting on repatriation flights for Brits trapped abroad