A RUSSIAN woman scooped up first prize at the Andres Segovia 30th International Classical Guitar Competition, the world’s most prestigious contest of the sort.

Elena Fomenko (1991) was awarded €10,000 and a superior guitar model by respected luthier Luis Santiago Hernández as well as a chance to play a recital at Granada’s 2015 International Music and Dance Festival.

The competition’s final took place at La Herradura’s Civic Centre in Almunecar, Granada, during which contestants interpreted the ‘Concert of the Herradura’ composed by Spanish maestro Eduardo Morales-Caso.

Fomenko was also awarded the special ‘Leo Brouwer’ award for her rendition of it, earning her an extra €700.

“It means a lot to me, because during the three phases of the contest I was thinking of my father who died four months ago and I know that he was, in some way, supporting me,” she said.

Andres Segovia was a virtuoso guitarist and ‘adopted son’ of Almunecar and La Herradura who’s only condition to lending his name to the competition was that it be ‘should be particularly demanding with regard to the musical quality of the prize-winning guitarists’. 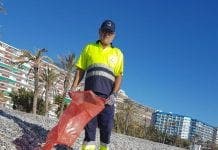 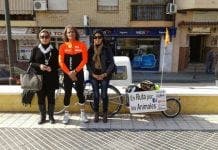 Animal rights cyclist on tour of Spain arrives in Axarquia 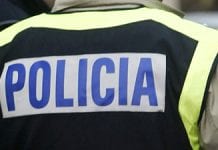