WITH Christmas around the corner, Andalucia’s catering services have been stocking up on beer in anticipation of a thirsty celebration.

More than 700,000 litres of Cruzcampo’s Christmas lager has been brewed in Jaen, with over 2.1 million bottles dispatched to Andalucia’s drinking holes.

La Especial de Navidad is only brewed for the festive period and production has more than doubled since 2012.

Cruzcampo is the biggest-selling beer in Spain, and one of the top-selling brands in Europe.

Based in Sevilla, it has been owned by Heineken since 1991. 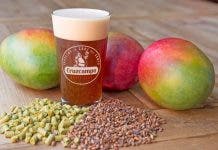