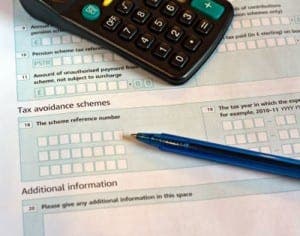 I IMAGINE you are already asking, when does tax EVER make sense, but it is a necessary part of the financial structure. We take it for granted, yet still often resent paying the tax we owe.

Tax collection is very much in the news, with a focus on the list of wealthy HSBC clients in Switzerland.

It is alleged that £135 million has been collected in back taxes and fines, but with only one prosecution so far.

The question that I hear being asked a lot is why is the prosecution rate so low when other Government departments seem to be a lot more aggressive in pursuing prosecutions of lesser offenders.

Don’t get me wrong, I am not defending criminals here, but it does often seem to be that the little guy gets beaten up by the tax office more frequently than the big guy!

One argument is that if everybody paid the tax they owed, the overall burden would be less for the majority – and I think there is some truth in that.

While some tax makes sense, there are other instances which seem totally illogical.

I came across one such circumstance the other day which involves property purchase in Spain – in particular where the Spanish tax authorities are raising tax assessments on people who have bought property “too cheaply”.

My initial reaction is that there must be a mistake so I thought I would talk it through with one of the Spanish tax firms that I know, and, lo and behold, it is right.

If you are a property owner in Spain, you will be familiar with property having a Catastral value which is set by the government and takes into account a number of factors affecting value – location and size for example.

The view of the Spanish authorities is that when a property is purchased below the Catastral value, there is an implied benefit – effectively a capital gain – which then becomes assessable for tax.

In an open market, it does not matter what you are trying to sell, the actual value is surely what someone else is prepared to pay you for it, which is a fair principle but not, it would seem, in the eyes of the Spanish tax man!

As always, it is good to be aware of these issues and if in any doubt, be sure to speak to your solicitor.

Cristina Hodgson - 7 Feb, 2023 @ 10:00
THE magical mountain-top city of Ronda has been named ‘the most romantic city in Spain’ by the popular royalist weekly magazine, specializing in celebrity...