A PETITION launched to clean up the nuclear fall-out at Palomares ‘once and for all’ has grown to 40,000 signatures, 49 years after the catastrophic accident. 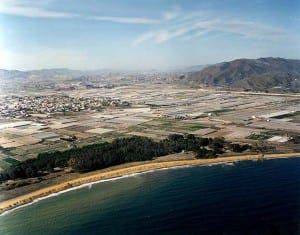 The petition, directed towards the US and Spanish governments, denounces their ‘irresponsible’ actions, claiming they could have cleaned up the zone 16 times since the accident.

The impact caused two bombs to split and disseminate radioactive matter over a square mile of Palomares, but mercifully the most powerful two – 75 times as potent as those of Hiroshima – did not detonate.

Although the disaster zone was partly cleaned and Palomares residents assured by the government that the land was decontaminated, scarcely 25% of the radioactive damage has been removed.

Locals worry that the plutonium may have degraded to even more deadly americium and fear that the damage may be irrevocable.

The village’s 1600 residents – 50% are British expats – are alarmed at America’s failure to clean up the mess they made, only contributing £353,000 since the event.

U-TURN CAMPAIGN: How Spain’s driving ban on Brits compares to other EU nations